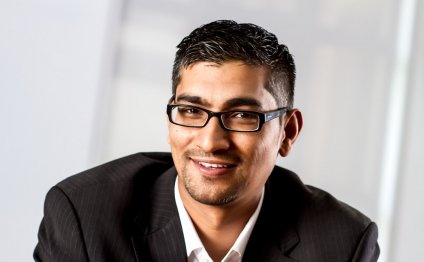 As the world moves to more connected cars, Africa won’t be left behind, says Mark Fields, president and CEO of Ford Motor Company.

“We’re seeing more convergence of customer wants and needs as opposed to big divergence around the world, ” he told Business Times in an exclusive interview. “Clearly there needs to be some room for tailoring cars for African markets, but when you look at connectivity needs, there are far more similarities than differences.

“People in Africa, as everywhere else, want to be sure vehicles are reliable, safe and have the latest technology, regardless of where they live.”

Fields delivered the keynote address at the recent Mobile World Congress in Barcelona, where most mobile device manufacturers launch and showcase their new products. For the first time, a carmaker launched a new vehicle at the expo, with the debut of the latest Ford Kuga SUV, which was unveiled along with a new version of the company’s onboard information and entertainment system, SYNC.

The event also marked the culmination of a dramatic shift in Ford’s positioning since Fields was appointed CEO in 2014. At last year’s Consumer Electronics Show in Las Vegas, he unveiled a new mobility strategy for the company, and at this year’s edition declared the reinvention of Ford as a mobile-focused business.

Seemingly in recognition of his efforts, IBM appointed Fields, 55, to its board of directors in January. A Ford spokesman pointed out that IBM’s “rich history of innovation and disrupting its business model to deliver results” was “very complementary to what we are doing at Ford”.

FordPass could do for the car industry what iTunes did for the music industry when it's launched in April.

The company has introduced a mobile app called FordPass, which some have described as a potential Uber-killer. Available to both customers and noncustomers of Ford, it initially provides live chat assistance and navigation, remote starting, locking and unlocking, vehicle health information, and finding and paying for parking. However, it is about to become a disruptive tool, with Ford testing sharing and borrowing of cars via the app.

“Around the world, we see people wanting to be connected wherever they are, on whatever device they are using, and that’s why we used the Mobile World Congress to introduce the latest version of SYNC. You’re seeing that we’re not only an automobile company anymore, but making a major shift to being an auto and technology company.

“Within that, mobile plays a major role, and we are starting to engage with consumers in a way we never have before. So it made sense for us to be at CES and at the Mobile World Congress, which is not only about new mobile technology, but also about connected technology and autonomous technology. It’s an opportunity to engage with an important new audience and it’s where we are headed as a company.”

A joke doing the rounds in technology circles is that connected cars are smartphones on wheels, but Fields says Ford has “no intention of turning our cars into handsets”.

This vision, he says, starts with societal trends, which means that Ford always has to look at consumer behaviour and how it will change.

“We’re seeing the growth of megacities around the world, so we will have more congestion, particularly in urban areas. We are seeing the growth of the urban middle class, which is expected to double in the next 15 years. This all raises issues around air quality, not only in terms of the environment, but also around basic health.

“Finally, we’re looking at the changing nature of consumer behaviour, particularly around millennials and how they are relating, getting married, buying houses and having kids, for example. They want to be connected 24/7, and they want access rather than ownership.

“We are looking closely at all those trends and how they will affect our business going forward. In both of our core businesses, automotive and mobile, we have to be alert to emerging opportunities in business and society.”

During his keynote address at the Mobile World Congress, Fields suggested that FordPass could “do for the car industry what iTunes did for the music industry”. The app, which has been introduced in the UK and Germany, will be formally launched in April.

It includes several distinct services, such as FordGuides, which provides “personal mobility assistants” to assist users to find locations and solve navigational problems; and FordPass Appreciation, which rewards users for registering, booking parking, or interacting with other services and “affinity partners” like BP and 7-Eleven.

A public car-sharing feature called GoDrive, being piloted in London, offers affordable, pay-as-you-go access to a fleet of zero-emission Focus Electric cars for one-way journeys and easy parking throughout the city.

A collaboration with cloud-based software leader Pivotal, an EMC and Vmware spin-off headed by South African-born Paul Maritz, has led to the development of a FordPass feature called Dynamic Shuttle, which adds smart ride-hailing technology to shuttle services.

“These services all build long-term relationships, ” says Fields, explaining the business rationale behind FordPass. “It drives long-term loyalty, and enables Ford to become a serious player in the mobility business.”

BUSINESS DAY TV: The future of Bitcoin in South Africa

A useful guide on how to write a business plan. It’s no surprise that most experts and financial institutions advise those…

In fact, something particularly interesting about the human brain is its ability to rewire these connections and to make…