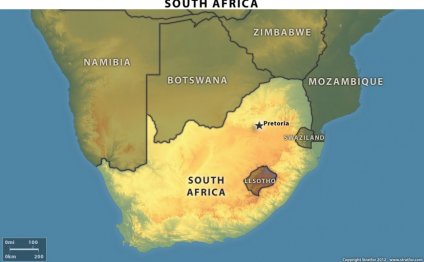 Does this sound like a mixed masala of Marxist intellectual tendencies that could ruin a good analytical meal? Maybe, but wait, add to this the unique spices favoured by South Africa’s own mutt-Marxisms. There was a self-critical opening keynote address on SA’s century-old race-class debate by SACP theorists Jeremy Cronin and Alex Mashilo, invoking the four edgy words ‘uneven and combined development.’ This was followed by WAPE Distinguished Achievement awards to the venerable South African Trotskyist Martin Legassick; to the founder of SA feminist and ecological Marxism, Jackie Cock; and to the editor of the Wits University Press ‘Democratic Marxism’ book series, Vishwas Satgar.

It is a sign of the times, though, that this perplexing diversity actually worked, as intellectual friction created far more light than heat, at least on this occasion. Why? We’ve seen a fast-maturing two decades of world political economy, as a result of the utter bankruptcy of ‘bourgeois economics’. The break-point wasn’t the 2008 crisis but back in early 1995 when Mexico melted down and then mid-1998 when South Africa joined the mighty East Asian economies in a massive, unexpected financial bubble-burst.

And that was when our geniuses at the South African Treasury and Reserve Bank, egged on by bank economists, decided we would prosper with exchange-control liberalisation so severe that the biggest Johannesburg Stock Exchange firms soon fled, drawing out such high levels of profits, dividends and interest that, to pay out those flows in hard currency, foreign borrowings have soared: from US$25 billion that Nelson Mandela inherited from apartheid to US$145 billion now.

Even if nearly all South African university – and indeed still most international – Departments of Economics don’t yet get it, a radical alternative is required. Not the band-aid reformism offered by Nobel laureates Joseph Stiglitz and Paul Krugman, or by development economist Jeffrey Sachs, or even by the egalitarian Thomas Pikkety, whose celebrated Capital in the 21st Century bears no relation whatsoever to its ancestor, Marx’s Das Kapital, since Pikkety apparently didn’t read Marx.

Neoliberalism’s intellectual crash was confirmed when no prominent economist aside from Nouriel Roubini predicted the 2008 crisis, as was so well documented in the movie Inside Job. As a result, social scientists of varying persuasions now ridicule bourgeois economics and instead have adopted the moniker ‘political economy’.

In so doing they honour what Adam Smith had mustered in his 1776 Wealth of Nations, followed by David Ricardo, Thomas Malthus and John Stuart Mill: describing a range of socio-political-economic and even environmental conditions with far more ambition than did the founders of modern economic analysis, the 1880s-1920s’ Alfred Marshall and 1920s-40s’ John Maynard Keynes. Though brilliant in their own contexts, Marshall and Keynes were irretrievably committed to more ambitiously describing, not challenging, the logic of capital. Their respective emphases on ‘price signals’ and ‘effective demand’ (i.e. a country’s economic buying power) resolutely avoided Marx’s 1850s-70s discoveries. Marx’s innovations in Kapital are most commonly understood as the ‘laws-of-motion’ dynamics behind capital accumulation – including contradictions that create crises – and the motor forces behind class struggle, especially extraction of surplus value, i.e. exploitation.

So it was that Marx and his successors reformulated ‘political economy’ in a manner now vital to contemporary analysis. Yet occasionally you will see the term hijacked in works by liberals and neoliberals: rational choice theorists, World Bank researchers and frustrated mainstream academics. Had these pretenders visited the WAPE Forum in Joburg, they would have felt resonances to the deep history of Marxist analysis here.

South Africa’s Marxist analysis most forcefully dates to Rosa Luxemburg’s 1913 book The Accumulation of Capital. In the years before her 1919 Berlin murder, shortly after founding the world’s second major communist party, she didn’t have a chance to visit the region. Nevertheless, Luxemburg used copious references to first-person accounts of means by which in South Africa, “Non-capitalist relations provide a fertile soil for capitalism; more strictly: capital feeds on the ruins of such relations, and although this non-capitalist milieu is indispensable for accumulation, the latter proceeds at the cost of this medium nevertheless, by eating it up.”

She drew into her revision of Marx’s analysis of deep-rooted exploitative systems such as the migrant labour, coming of age then as male peasants were turned off land or hit with ‘hut taxes’ to compel them into wage relations at the mines, fields and factories, and their women into social reproduction units for South Africa’s notorious ‘cheap labour power, ’ mainly at a distance in ‘Bantustans’ hundreds of km away from their men-folk. Luckily with apartheid’s 1994 demise, that’s now history… or not? The word Marikana would fit Luxeumburg’s account perfectly, for in that notorious platinum town which hosted the 2012 massacre of 34 workers by Lonmin and its police allies, capital also loots women’s unpaid labour in labour reproduction, as well as the environment.

“Historically, the accumulation of capital is a kind of metabolism between capitalist economy and those pre-capitalist methods of production without which it cannot go on and which, in this light, it corrodes and assimilates, ” Luxemburg remarked of migrancy and its twin process, rural dispossession. In this same spirit, our region remains the site where Marxist research must still most decisively expand its own boundaries, going far beyond social relations at the ‘point of production’, i.e. where ‘surplus value’ is ripped from the worker by the machinery owned by the 1 percent.

PDF Essays on the Political Economy of Rural Africa PDF ...