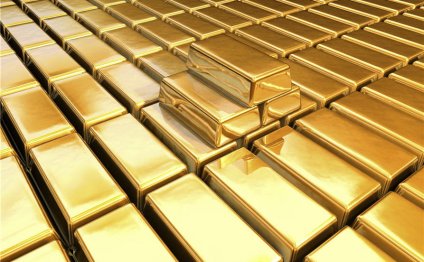 South Africa’s peaceful political transition was one of the most remarkable political feats of the past century. The African National Congress (ANC) has been driving the policy agenda since 1994. Fifth general elections were held in May 2014, and the ANC won majority of 62% of the vote, governs eight out of nine provinces, and President Zuma was reelected for another term. Local government elections will be held in October 2016.

A sustained record of macroeconomic prudence and a supportive global environment enabled South Africa’s gross domestic product (GDP) to grow at a steady pace for the decade up to the global financial shock of 2008-2009. Improvements in the public budget management system and efforts to restore the macro fundamentals by National Treasury played an essential role.

Due to consistent and sound budgetary policies South Africa has been able to tap into international bond markets with reasonable sovereign risk spreads. The 2012 Open Budget Index prepared by the International Budget Partnership ranked South Africa second among 94 countries surveyed. In 2014 however, South Africa’s ratings have been downgraded by some rating agencies citing poor growth prospects mainly because of labor market instability and rising government debt as well as high deficits on the current account

Pro-poor orientation of public spending has contributed to improved social development indicators in a range of areas. Millennium Development Goals (MDG) on primary education, gender, several health indicators and environmental sustainability are likely to be achieved. Social insurance programs currently cover around 16 million people and, at 3.5% of GDP, are more than twice the median spending among developing economies.

South Africa remains a dual economy with one of the highest inequality rates in the world, perpetuating inequality and exclusion. With an income Gini of around 0.70 in 2008 and consumption Gini of 0.63 in 2009, the top decile of the population accounts for 58% of the country’s income, while the bottom decile accounts for 0.5% and the bottom half less than 8%.

Life expectancy, after falling dramatically from 62 years in 1992 to 53 years in 2010, recovered to 62 years in 2014. The recent recovery was in large part due to the rapid expansion of the antiretroviral treatment programs to fight HIV/AIDS. And it is supported by declines in both adult and infant mortality. The poor are particularly vulnerable, and high HIV and AIDS infection rates, as well as TB infections, have severely strained the health system, contributing to the poor health indicators

Recent Economic DevelopmentsSouth Africa’s growth is stuck in low gear with real GDP growth estimated at 2.0% and the same for 2016 due to a combination of domestic constrains and external headwinds arising from the fall in commodity prices and slowdown of the Chinese economy. The weak growth performance has exacerbated already high unemployment, inequality, and macro vulnerabilities. However, a slight recovery is expected in 2017 with real GDP growth estimated at 2.4% as new electricity supply comes on line.

The weak economic outlook has made the fiscal outlook more challenging. The Government announced an adjustment package of expenditure savings (0.6% of GDP) and tax measures (0.6% of GDP) to reduce the budget deficit from 4.0% of GDP in 2014/15 to 2.5% of GDP in 2017/18 and stabilize the gross debt burden at about 50% of GDP, helping minimize pressures on the sovereign rating.

The current administration is acutely aware of the immense challenges to accelerate progress and build a more inclusive society. Its vision and priorities to address them are outlined in the 2030 National Development Plan (NDP) which outlines two main strategic goals to double the GDP by 2030 and eliminate poverty, and reduce inequality, as measured by the income Gini coefficient, from 0.70 to 0.60.

HIV/AIDS in AFRICA: A 10 MINUTE OVERVIEW

The manufacturing sector has evolved over the past 70 years, beginning with light consumer industry in the 1920s and expanding…

The International Monetary Fund cut its economic growth forecast for South Africa by almost half to 0.7% on Tuesday, citing…