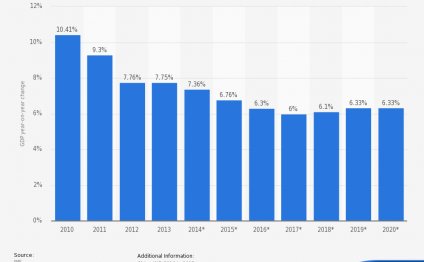 Akosombo dam on the Volta river. Ghana is one of the world's fastest growing economies but is Africa really rising? Photograph: Tim Woods

Numbers are powerful. The narrative of a booming African continent – first popularised by the Economist, which featured the headline Africa Rising on its cover in late 2011 – is a great example. In the years since, the narrative has gained wide support. In 2012, the global chief economist of investment bank Renaissance Capital, Charles Robertson, lauded Africa’s high growth rates and improved business climate in his book, The Fastest Billion: The Story Behind Africa’s Economic Revolution.

A year later, the lead economist of the World Bank, Wolfgang Fengler, defended the reality of Africa’s rise in a debate with development consultant Rick Rowden, in which about 60% of observers voted in favour of Fengler’s stance. But a closer look at indicators for measuring development finds that most countries in Africa are actually falling behind the rest of the developing world.

Africa has more than half of the world’s 20 fastest growing economies, according to my calculations from IMF data of average annual GDP growth over the past five years: Angola, the Democratic Republic of the Congo, Ethiopia, Ghana, Mozambique, Nigeria, Rwanda, Sierra Leone, Tanzania, Uganda and Zambia. Overall GDP growth is an important indication of how a country’s economic power and significance change relative to other countries.

However, GDP growth per person is more suitable to measure the rate of economic development. High birthrates in parts of Africa mean the difference between these two growth rates is striking. If you visit the World Bank’s database for development indicators and compare the average GDP growth rate per person in sub-Saharan Africa with developing countries in east Asia for the past 20 years, you will see that the latter region has been growing at an annual rate four times higher: 7.3% compared with 1.8%.

High birthrates also mean that the share of the population eligible for work (those between 15 and 64) is expected to increase. This share was estimated at 42% (460 million out of a total population of 1.1 billion) in 2010, and is expected to increase to 50% by 2030. Consequently, some economists are forecasting a demographic dividend. However, almost 80% of working people in sub-Saharan Africa end up in vulnerable jobs (pdf), meaning their work is informal or undeclared. This is by far the highest vulnerable employment rate of all developing regions. With little proper work awaiting young people, Africa’s supposed demographic dividend could turn out to be a demographic disaster.

Poverty rates remain dismal. Supporters of the “rise” will claim that the prevalence of extreme poverty has been decreasing at a noteworthy rate – and indeed it has if you look at the change in the share of the population living on less than $1.25 a day in sub-Saharan Africa in the past decade.

But judged over a longer time period, this rate has barely moved, hovering over 40% since the 1980s. Raising the poverty line to $2 a day gives more startling results. In sub-Saharan Africa, this rate barely improved – from 72% to 70% between 1981 and 2010. In the same time span, developing countries in east Asia and the Pacific slashed this rate by more than two-thirds, from 92.4% to 29.7%. As a consequence, Africa’s share of world poverty has, in fact, been rising.

In light of the poor performance of Africa in the 1980s and early 1990s, people have seemingly felt that a mention of the good things happening is overdue. And some things have definitely changed for the better: Africa’s share of violent conflicts has gone down, democratic accountability is improving and the macroeconomic situation is more stable. But such advances are insufficient for economic development – they have not lifted people out of poverty or bad jobs. To enact this change, African countries must diversify away from agriculture and natural resources into manufacturing and industries that are more technologically advanced.

Historically, such a transformation has required an active state with the ability to steer investments to sectors with productivity potential. But after experiencing severe debt problems in the 1980s, African countries were practically forced by the IMF and World Bank to dismantle state intervention in the economy – it was deemed inefficient and corrupt.

Tanzania for example, which saw an average of 6% GDP growth over the last several years, has grappled with this disconnect…