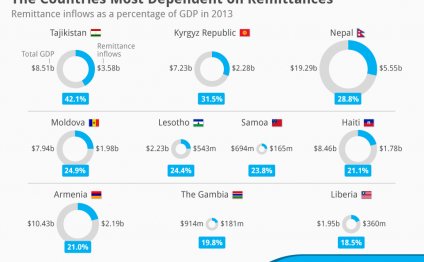 IN 2013 Nigeria’s GDP could increase by 40%, which would be impressive even by Africa’s recent bouncy growth standards. The rise will come not from a surge in economic activity but because the country is rejigging the way it calculates its accounts. At the moment, Nigeria’s GDP estimate, like many statistics in Africa, is wildly inaccurate. But the new figures may owe as much to political calculation as to hard-nosed statisticians. Governments in countries such as Nigeria and Ghana that want to make a bigger splash are likely to puff up their GDP, whereas those in countries such as Malawi that want to keep aid money flowing in from the West tend to keep it as low as possible.

To work out real GDP, government statisticians use the prices of goods and services from a “base year” as a reference. That lets them adjust for the effect of inflation in subsequent years. But as relative prices change, those calculations become less accurate. In a study of 47 African countries by Morten Jerven, an economic historian, only ten used base years less than a decade old. Nigeria’s real GDP is based on 1990 prices. It plans to update them to ones from 2008. Ghana did the same in 2010, revising its base year from 1996 to 2006. Its GDP shot up by 60%, propelling it overnight from being a poor to middle-income country, defined by the IMF as having a GDP per person of at least $1, 026 a year.

Twenty years ago the GDPs of most African countries were underestimated—and were dismally low. Few governments minded. But the likes of Nigeria now want to tell tales of progress, not poverty. It wants to secure its status as Africa’s superpower. Its GDP is growing twice as fast as that of South Africa, the continent’s largest economy. “Rebasing” could see its economy swell from $273 billion to $382, just behind South Africa at $420 billion. If it were decided that an African country should get a permanent seat on the UN Security Council, the case for Nigeria, the continent’s most populous country, with a population of 150m, would be strengthened if it were to outpace South Africa economically. It could also bid for membership of the BRICS, a club of beefily emerging countries (Brazil, Russia, India, China and, arguably, South Africa).

Poor countries, however, want to keep the aid coming in. Take Malawi. Aid accounts for around a third of its budget. In 2005 its government brought in fertiliser subsidies. It reported a maize crop of 3.4m tonnes in 2006-7, up from 2.6m tonnes the year before. The aid lobby said this justified the subsidies and the budget support which enables them to be paid for.

But figures released in 2010, disputed by Malawi’s ministry of agriculture, suggest that the harvest was only 2.1m tonnes. If maize production had risen as much as claimed, Malawians should have have had a surplus of maize and prices should have dropped. That did not happen, says Mr Jerven. But the scheme’s vaunted success encouraged donors to keep coughing up.