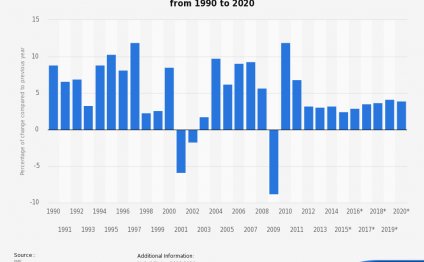 “Exports have played a critical role in America’s economic comeback, and they continued to do so in 2014, ” said Secretary Pritzker. “President Obama has set an ambitious trade agenda that will open up more markets to ‘Made in America’ goods and services, allowing our businesses to sell their products all over the world so they can expand and hire here at home.

“Central to that task is the passage of trade promotion legislation and the enactment of strong trade agreements that uphold our values. These agreements are essential to the continued growth of our economy, the creation of good American jobs, the economic security of our families, as well as our nation’s competitiveness and national security.”

In 2014, the largest export markets for U.S. goods were Canada, Mexico, and China, with exports to each country registering annual records.

Annual services exports hit an all-time high of $710.3 billion, led by increases in the travel, transport, charges for the use of intellectual property, and financial services sectors. Exports from these sectors were all record highs in 2014.

The trade surplus in services exports reached a record $231.8 billion, an increase of 2.9 percent from 2013.

Goods exports to the 20 economies that have trade agreements with the United States reached a record $765.1 billion – an increase of 4.3 percent from 2013.

Increased U.S. exports to Colombia (up 10.5 percent), South Korea (up 6.8 percent), and the CAFTA-DR partners (up 5.7 percent) highlight the benefits of trade agreements.

Recognizing that 95 percent of consumers live outside our borders, the Obama Administration is taking concrete steps to make it easier for U.S. companies to begin exporting or expand international sales. In May 2014, Secretary Pritzker launched the second phase of President Obama’s National Export Initiative –. Through NEI/NEXT, 20 federal agencies are advancing program and policy improvements to provide exporters more tailored assistance and information; streamline export reporting requirements; expand access to export financing; ensure market access and a level playing field; and partner at the state and local level to support export and foreign direct investment attraction strategies. These efforts will enable more U.S. businesses to capitalize on existing and potential opportunities created by free trade agreements and the U.S. trade agenda.
Source: www.commerce.gov

Indonesia, India Keep US Shrimp Imports Up Again in Feb