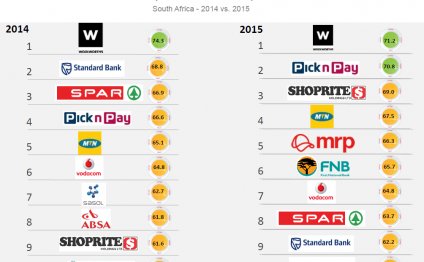 The list of CEOs of South Africa’s Top 100 Companies makes fascinating reading. Octogenarian Neil Jowell of Trencor is comfortably the oldest of them – and is also the longest serving having been in the hot seat for six years longer than Shoprite’s Whitey Basson. PSG founder Jannie Mouton’s son Piet, at 37, is three years below the next youngest CEO (pictured right). The chief executives are ranked in order of the market capitalisation of their companies in December 2014 – ie Nicandro Durante of British American Tobacco is top as his business is worth more than any other on the JSE. Each of the columns on the tables can be adjusted by clicking on the arrow in the header. Only one company in the Top 100, Standard Bank, has joint CEOs. The duo, Ben Kruger and Sim Tshabalala, are ranked 11th (pushing the next one of the list to 13th).

Another banker, Maria Ramos, is one of only two women on the list, the JSE’s Nicky Newton-King the other. We have added the newest of the CEO’s Darryll Castle, even though he only takes up his position in January (hence the -0.1 month of service). Have fun. – AH

The CEOs of South Africa's 100 most valuable companies determined by the market capitalisation of their JSE-listed shares
Source: www.biznews.com