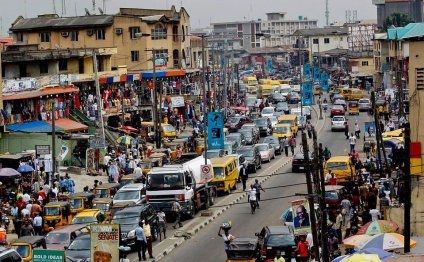 The right kind of interventionism

SUB-SAHARAN Africa (SSA) can be a great place to do business. Mauritius is 20th on the World Bank’s “Doing Business” 2013 ranking. Rwanda is a better place to do business than France, a country with a per-capita GDP about 61 times higher. Another report from the bank shows that of the 20 economies worldwide making the most progress in improving business regulation, nine are in SSA.

But on the whole the picture is gloomy. The average ranking for SSA countries is considerably lower than that of the rest of the world (see chart). Some do very badly, taking up 19 out of the bottom 24 countries in the list.

SPGs are a type of insurance against a variety of risks. Variants have been used in some rich-world countries for a few decades. A business would buy an insurance contract that, say, guarantees the processing of VAT rebates within three months. Or the contract might guarantee that the business would be compensated for lost output if power supplies failed. (As the chart below shows, faulty supplies wreak economic havoc in many SSA countries: 9 of the 15 worst-performing countries are in SSA.) If a country failed to meet its "service-performance" target, the government would have to compensate the firm that had purchased the insurance.

Who would pay for the SPG? The authors argue that it could be reasonably self-sustaining: funded, like other types of insurance, by the premiums paid in by the firms. But aid agencies could have a role too—helping to compensate investors when things went wrong or helping to push down the price of premiums. (Though aid agencies would need to tread carefully: imagine the headlines if if it emerged that a large, Western corporation had been bailed out by a cuddly aid agency).

According to Vijaya Ramachandran, one of the authors of the study, at present there is almost no take-up of SPGs by developing-country governments or multilateral aid agencies. Indeed SPGs are not suited for every country in SSA. The approach does not seem feasible in countries with poor and unstable governance—like Somalia or South Sudan. Such countries risk building up massive liabilities for missed targets. And given the implication that things could well go wrong, SPGs are probably unattractive to countries that are already known for their business-friendliness and efficiency.

SPGs might be most useful for well-managed countries looking to widen their pool of investors—say, those looking to diversify outside the extractive sectors. Examples in SSA could include countries like Ethiopia, Ghana and Tanzania. All could benefit if their governments became more accountable to investors.