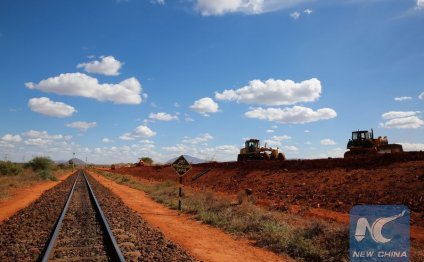 The Senegalese capital, on the far western edge of Africa, looks nothing like the sleepy port city that Amadou Sy remembers from his youth.

High-rise buildings are shooting up across the Dakar skyline. Shops and restaurants fill with people, and everyone seems to own a cellphone, or even two.

A recent survey by the Pew Research Center found that people in major sub-Saharan African nations were feeling more optimistic about their economic prospects than many others around the world.

The region was relatively unscathed by the global financial crisis, producing some of the fastest-growing economies in the world. In 2015, the International Monetary Fund projects sub-Saharan Africa will see growth of about 4.5%, not as high as in some previous years but a figure that would be the envy of many Western countries, including the U.S.

“I am not as optimistic as the people in the survey, but I am more optimistic than I have been in awhile, ” Sy said. “I can see there is a window of opportunity — but it is shrinking.”

He noted that the region’s population has also been growing rapidly. So while the economic expansion represents a notable turnaround from the woes of previous decades, poverty rates have not fallen as quickly as in other parts of the world.

More than 40% of the people in sub-Saharan Africa still live on less than $1.25 a day, according to the United Nations, which is preparing to ratify new goals this month that will shape the global development agenda for the next 15 years.

Analysts also see headwinds on the horizon that could alter a rosy economic outlook.

Sub-Saharan Africa has benefited from high oil and other commodities prices, which have started to decline sharply.

An economic slowdown in China and a sluggish recovery in Europe, some of the region’s main trading partners, are also causing anxiety among the continent’s leaders.

So is the prospect of a hike in U.S. interest rates, which would increase the cost of borrowing on the international market.

Pew’s report was based on interviews conducted last spring with more than 9, 000 people in nine countries that together account for about half the population of sub-Saharan Africa.

The countries selected — Burkina Faso, Ethiopia, Ghana, Kenya, Nigeria, Senegal, South Africa, Tanzania and Uganda — are generally regarded as among the more stable on the continent.

“You wouldn’t get the same results from some of the old-school dictator, badly performing countries, ” said Staci Warden, executive director of the Center for Financial Markets at the Milken Institute in Santa Monica.

The findings in Burkina Faso also might have been different had the survey been conducted after this week’s military coup, rather than after a popular uprising that last year unseated one of Africa’s longest-serving leaders, President Blaise Compaore.

“But there are up-and-coming countries, ” Warden said, many of which have seen economic growth rates topping 5%, rapid urbanization, the emergence of a growing middle class, peaceful political transitions and better government policymaking.