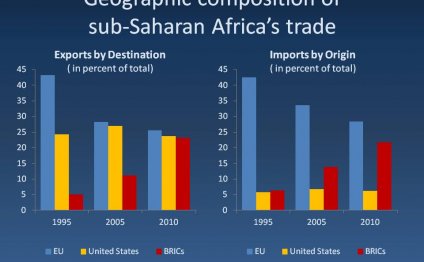 Gold Trade and the Kingdom of Ancient Ghana
Around the fifth century, thanks to the availability of the camel, Berber-speaking people began crossing the Sahara Desert. From the eighth century onward, annual trade caravans followed routes later described by Arabic authors with minute attention to detail. Gold, sought from the western and central Sudan, was the main commodity of the trans-Saharan trade. The traffic in gold was spurred by the demand for and supply of coinage. The rise of the Soninke empire of Ghana appears to be related to the beginnings of the trans-Saharan gold trade in the fifth century.

From the seventh to the eleventh century, trans-Saharan trade linked the Mediterranean economies that demanded gold—and could supply salt—to the sub-Saharan economies, where gold was abundant. Although local supply of salt was sufficient in sub-Saharan Africa, the consumption of Saharan salt was promoted for trade purposes. In the eighth and ninth centuries, Arab merchants operating in southern Moroccan towns such as Sijilmasa bought gold from the Berbers, and financed more caravans. These commercial transactions encouraged further conversion of the Berbers to Islam. Increased demand for gold in the North Islamic states, which sought the raw metal for minting, prompted scholarly attention to Mali and Ghana, the latter referred to as the “Land of Gold.” For instance, geographer al-Bakri described the eleventh-century court at Kumbi Saleh, where he saw gold-embroidered caps, golden saddles, shields and swords mounted with gold, and dogs’ collars adorned with gold and silver. The Soninke managed to keep the source of their gold (the Bambuk mines, most notably) secret from Muslim traders. Yet gold production and trade were important activities that undoubtedly mobilized hundreds of thousands of African people. Leaders of the ancient kingdom of Ghana accumulated wealth by keeping the core of pure metal, leaving the unworked native gold to be marketed by their people.

Gold Trade and the Mali Empire
By 1050 A.D., Ghana was strong enough to assume control of the Islamic Berber town of Audaghost. By the end of the twelfth century, however, Ghana had lost its domination of the western Sudan gold trade. Trans-Saharan routes began to bypass Audaghost, expanding instead toward the newly opened Bure goldfield. Soso, the southern chiefdom of the Soninke, gained control of Ghana as well as the Malinke, the latter eventually liberated by Sundiata Keita, who founded the Mali empire. Mali rulers did not encourage gold producers to convert to Islam, since prospecting and production of the metal traditionally depended on a number of beliefs and magical practices that were alien to Islam. In the fourteenth century, cowrie shells were introduced from the eastern coast as local currency, but gold and salt remained the principal mediums of long-distance trade.

The flow of sub-Saharan gold to the northeast probably occurred in a steady but small stream. Mansa Musa’s arrival in Cairo carrying a ton of the metal (1324–25) caused the market in gold to crash, suggesting that the average supply was not as great. Undoubtedly, some of this African gold was also used in Western gold coins. African gold was indeed so famous worldwide that a Spanish map of 1375 represents the king of Mali holding a gold nugget (Bibliothèque nationale de France). When Mossi raids destroyed the Mali empire, the rising Songhai empire relied on the same resources. Gold remained the principal product in the trans-Saharan trade, followed by kola nuts and slaves. The Moroccan scholar Leo Africanus, who visited Songhai in 1510 and 1513, observed that the governor of Timbuktu owned many articles of gold, and that the coin of Timbuktu was made of gold without any stamp or superscription.

Department of Arts of Africa, Oceania, and the Americas, The Metropolitan Museum of Art

Trade between US & Sub-Saharan Africa set for continued growth

The right kind of interventionism by C.W. | LONDON SUB-SAHARAN Africa (SSA) can be a great place to do business. Mauritius…