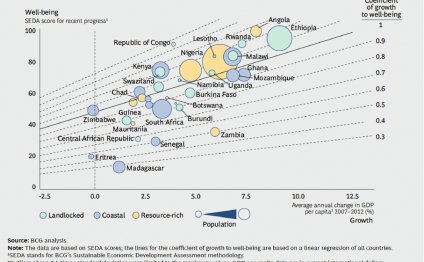 - Tax revenues in African countries are rising as a proportion of national incomes, according to the inaugural edition of Revenue Statistics in Africa. The report, which contains internationally comparable revenue data for eight African countries, accounting for almost a quarter of Africa’s total GDP, will be discussed on Sunday 3 April in Addis Ababa during the 2016 African Union (AU) – Economic Commission for Africa (ECA) Conference of Ministers.

Revenue Statistics in Africa is produced jointly by the African Tax Administration Forum (ATAF), the African Union Commission (AUC), the Organisation for Economic Co-operation and Development (OECD) and the OECD Development Centre wih the support of the European Commission. The data has been assembled and presented in close collaboration with the governments of the participating countries. The report was conceived as part of the AUC’s Agenda 2063, which aims to “develop and implement frameworks for Policies on Revenue Statistics and Fiscal Inclusiveness for Africa.”

The increases in tax revenues in African countries reflect continuing efforts to mobilise domestic resources, as well as the result of tax reforms and modernisation of tax systems and administrations. The biggest driver of tax increases since 2000 in countries covered by the report has been rising taxes on income and profits, and more specifically increases in corporate income tax revenue. There were also substantial increases in Value Added Tax (VAT) revenues.

Some African countries are significantly dependent on non-tax revenues, and more specifically on grants such as foreign aid and resource rents together with other property income. The countries with the lowest national incomes covered by the report had relatively higher non-tax revenues, which tend to be more volatile than tax revenues, making their finances less stable and predictable.

A special chapter in the report describes the benefits and limitations of collecting comparable data and how these issues relate to Africa. The new database responds to a demand from governments, citizens and policy makers for reliable and comparable revenue data to inform fiscal policy and provide a basis for the implementation of future reforms. The eight African countries covered by the new report will be added to the existing Revenue Statistics databases, which now cover 66 countries worldwide, allowing for greater international comparison, policy dialogue and co-operation between countries in Africa, Asia, Latin America and the Caribbean and the OECD.

10 Most Developed Countries in Africa 2014

THERE is no shortage of economic growth in Africa. Six of the world’s ten fastest growing economies of the past decade are…

Map of the world s second-largest and second-most-populous continent, located on the African continental plate. The Black…