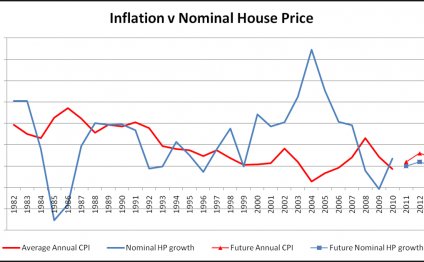 South African inflation accelerated to the fastest rate in 17 months in January, adding pressure on the central bank to continue raising interest rates even as economic growth is forecast to slump further.

The inflation rate jumped to 6.2 percent, the first breach of the top end of the central bank’s target since August 2014, from 5.2 percent a month earlier, Pretoria-based Statistics South Africa said on its website on Wednesday. The median of 23 economist estimates compiled by Bloomberg was 6 percent.

The rand’s 8.6 percent decline against the dollar since the start of December and the worst drought in more than a century are driving food prices higher. The Reserve Bank increased its benchmark repurchase rate by 50 basis points to 6.75 percent on Jan. 28 and said it expects price growth to exceed its 3 percent to 6 percent target band until 2017.

“There’s more clear evidence of the impact of the weaker rand filtering through into more broader based price pressures, ” Jeffrey Schultz, an economist at BNP Paribas Securities South Africa, said by phone from Johannesburg on Wednesday. “It is something that will unsettle the Reserve Bank and probably leave them quite comfortable in the decision made last month to raise rates by 50 basis points and I think it’s likely to prompt them to probably act further in March.”

Inflation on food and non-alcoholic beverages surged to 6.9 percent in January from 5.9 percent the previous month, according to the statistics office. Transportation prices rose 5.5 percent compared with 1.9 percent in December, driven by higher gasoline costs.

Core inflation, which excludes food, non-alcoholic beverages, gasoline and electricity costs, quickened to 5.6 percent in January, from 5.2 percent the previous month. That’s the highest rate since May.

The International Monetary Fund, the World Bank and the Reserve Bank all predict the South African economy will expand by less than 1 percent this year amid a slump in commodity prices, the drought and a slowdown in China, the nation’s biggest export market. Finance Minister Pravin Gordhan is set to announce the government’s new forecast for gross domestic product growth when he presents his budget on Feb. 24.

Forward-rate agreements, used to speculate on borrowing costs, starting in two months climbed five basis points after the data was released, to price in a 25 basis points interest rate increase in March, according to data compiled by Bloomberg. The rand weakened 0.3 percent to 15.8419 per dollar as of 11:05 a.m. in Johannesburg and yields on rand-denominated government bonds due 2026 rose 6 basis points to 9.21 percent.

On The Road: South African Inflation

South Africa is in the grips of a severe drought that shows no sign of abating. 2015 was the country s driest year since…

One year after freedom elections, the South African Government allowed 175 Nigerians into the Hillbrow in order to assure…