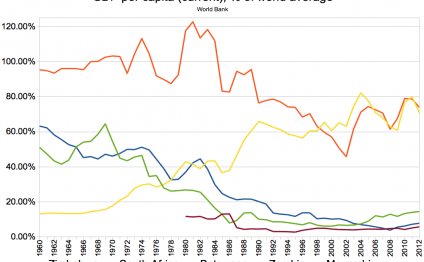 Economy - overview: South Africa is a middle-income, emerging market with an abundant supply of natural resources; well-developed financial, legal, communications, energy, and transport sectors and a stock exchange that is the 16th largest in the world. Even though the country's modern infrastructure supports a relatively efficient distribution of goods to major urban centers throughout the region, unstable electricity supplies retard growth. The global financial crisis reduced commodity prices and world demand. GDP fell nearly 2% in 2009 but has recovered since then, albeit slowly with 2014 growth projected at about 2%. Unemployment, poverty, and inequality - among the highest in the world - remain a challenge. Official unemployment is at nearly 25% of the work force, and runs significantly higher among black youth. Eskom, the state-run power company, has built two new power stations and installed new power demand management programs to improve power grid reliability. Construction delays at two additional plants, however, mean South Africa is operating on a razor thin margin; economists judge that growth cannot exceed 3% until those plants come on line. South Africa's economic policy has focused on controlling inflation, however, the country has had significant budget deficits that restrict its ability to deal with pressing economic problems. The current government faces growing pressure from special interest groups to use state-owned enterprises to deliver basic services to low-income areas and to increase job growth.

Definition: This entry briefly describes the type of economy, including the degree of market orientation, the level of economic development, the most important natural resources, and the unique areas of specialization. It also characterizes major economic events and policy changes in the most recent 12 months and may include a statement about one or two key future macroeconomic trends.