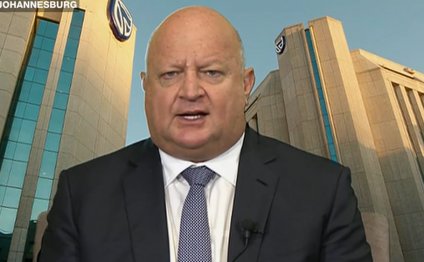 Media captionAdrienne Murray reports on the part the economy may play in the South African election.

South Africans go to the polls this week to vote for a new government at a time when they are celebrating 20 years of democracy.

But amid the national celebrations, the economy remains a subject of debate.

Although the ruling African National Congress (ANC), which has been in power since the end of white-minority rule in 1994, looks set to be re-elected, there are many economic issues that the South African people hope it will tackle.

Image caption Supporters of South Africa's main opposition party, the Democratic Alliance, have called for more to be done to create jobs

Since 1996, the Growth, Employment and Redistribution (GEAR) programme has been the central economic programme. The idea was to stimulate growth above 6%, which in turn would lead to 500, 000 jobs being created. Between 1996 and 2008, South Africa's economy did grow, but at an average of 3.2%.

Since the financial crisis, growth has slowed even further - in 2013 the economy grew 1.9% - a snail's pace compared with other emerging markets. Unemployment has also risen to 24%, with jobs seen as the biggest concern among young South Africans ahead of the election.

In his Budget Speech delivered in February 2014, the minister of finance said there were promising signs of a recovery which should create some jobs and help to boost growth to 2.3% this year and back to 3% in the coming years.

However, debt has grown to 44% of GDP and the trade deficit is at 6%. The minister has said the country cannot continue on this course indefinitely and so he's tried hard to curb public spending.

The current ANC government has redrafted policy and will replace GEAR with the National Development Plan. The principles are the same, but the focus will be on monitoring performance.

Mining is regarded as the bedrock of the South African economy, but in truth it contributes less than 10% to overall economic activity. However, commodity exports account for almost 60% of foreign revenues.

Strikes on South African mines have damaged output, particularly in the platinum sector. A crippling strike in this sector has now entered its fourth month. Companies have lost more than $1bn (£590m) in sales, incurred huge debts and some are talking of selling their assets. Workers have lost $500m in wages.

The inability to resolve the crisis has reflected poorly on the country.

Gold mining has also been hit by strikes in the past year, but that industry has a bargaining council through which labour disputes are negotiated. Nonetheless, South Africa has fallen in the rankings of gold producers from number one in the world to number four.

In the past year, the South African currency, the rand, has lost 20% of its value, largely due to the withdrawal of stimulus in the US. This volatility has led to the country being named one of the "Fragile Five" alongside Indonesia, Brazil, India and Turkey.

This has had the knock-on effect of pushing up the price of goods, and South Africans are now paying much more for food, housing and transport. If the situation worsens the Reserve Bank will have to hike interest rates in order to support the currency. In turn consumer spending will slow down.

Image caption Many townships have suffered from water shortages

The auditor general says fewer than 20 municipalities out of 284 have a clean balance sheet. This has resulted in failure to provide water, electricity, housing and schooling in many areas.

In recent years, that has spurred on hundreds of service delivery protests in townships, where the poor, black masses live, and where most of the country's unemployed population are likely to be found.

The concern is that unless solutions are found, a situation where young people who are agitated, jobless and in despair could lead to an "Arab spring" in the future. But it is important to note that some strides have been made since the advent of democracy, with 3 million houses having been built for the poor.

There have been other controversies. The most pointed issue today is the Nkandla scandal, where President Zuma is accused of using some $23m of taxpayers' money to renovate a luxury residence in the countryside. An independent inquiry found that Mr Zuma benefitted "unduly" and should repay costs for some of the unnecessary renovations.