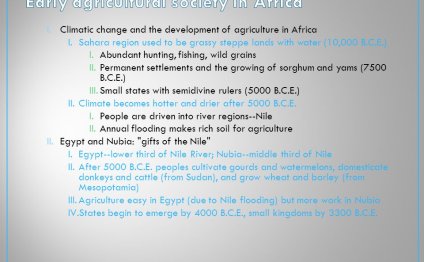 The New Partnership for Africa’s Development (NEPAD), a program of the African Union, was launched in Lusaka, Zambia in July 2001. NEPAD offered a fundamentally new approach to development. African leaders set out to pursue new priorities and methods to transform the continent politically and socio-economically, focusing on Africa’s growth, development and participation in the global economy. Ten years on, Columbia’s School for International and Public Affairs hosted a forum to discuss the successes and challenges of NEPAD in delivering on its promise.

Professor Glenn Denning, director of the Earth Institute’s Center on Globalization and Sustainable Development and the Master’s in Development Practice program, served as a discussant on this panel. Africa Renewal conducted the following interview with Professor Denning on NEPAD and its role in the agricultural sector.

Africa Renewal: What has been NEPAD’s contribution to Africa?

Glenn Denning: I was living in Africa when NEPAD was established in 2001, and I closely observed its role evolve during the past decade. The concept made good sense. Africa could finally project a common voice on development issues and support a common vision for agriculture-led growth. That voice and vision made it easier to engage with international development partners, including the newcomers from emerging economies.

Looking back, I see the Comprehensive Africa Agriculture Development Programme (CAADP) as an important achievement [see Africa Renewal, ]. Initially, many saw CAADP as an extra layer of bureaucracy in agricultural planning. But strong and consistent advice on how to design and plan agricultural investments led to increased credibility and greater acceptance of CAADP’s added value. Without doubt, the best proposals submitted to the recently established Global Agriculture and Food Security Programme (GAFSP) were those with a CAADP Compact that aligned multiple stakeholders to country-led agricultural strategies and plans. In fact, the GAFSP has recommended that similar review processes also be adopted by applicants outside of Africa.

AR: How can NEPAD contribute better to Africa’s development?

Glenn Denning: Agriculture remains underdeveloped in Africa. With the right investments and policies, the continent could easily feed itself and export food to other parts of the world. NEPAD could provide an important and unique contribution by promoting international partnerships to remove the scientific, infrastructure and policy bottlenecks to agricultural production. Agricultural research capacity and output have stagnated or, in many countries, have weakened over the past 25 years.

NEPAD, through CAADP, can provide the platform for sub-regional, multi-country research to ensure critical mass, avoid duplication and engage advanced institutions to gain access to expertise and technology from around the world. Sustainable land and water management in a setting of climate change must be central to that research agenda. The other major bottlenecks relate to markets. Intra-African trade can be greatly improved through initiatives to improve physical infrastructure and to reduce formal and informal cross-border trade barriers. NEPAD should also promote and facilitate regional strategic grain reserves to help mitigate the impacts of climate- and conflict-induced food shortages.

: Do you share the view that NEPAD is still a remote and vague project for most Africans?

Glenn Denning: With its reorganization from a secretariat to an executive agency, NEPAD’s development contributions and visibility will likely improve. Agriculture is central to the lives and livelihoods of most Africans. By engaging professionally and substantively in the agriculture and food sectors, NEPAD can become better known as a valued partner in advancing food security and rural growth.

But to be effective, the agency will require people and funds. The big test for NEPAD in the coming years will be its ability to attract and sustain support from African governments. With the current resources boom, there is really no excuse. The challenge for governments and NEPAD is to channel those new resources into investments that benefit the continent’s hungry, poor and underserved. Done effectively, the marking of NEPAD’s second decade will be an even greater cause for celebration.

Taking root around 12, years ago, agriculture triggered such a change in society and the way in which people lived that…

Description: The Journal of African History publishes articles and book reviews ranging widely over the African past, from…