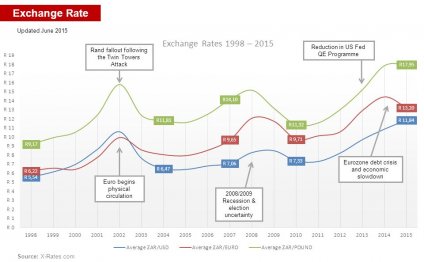 The price of food is a critical and sensitive issue to the people of South Africa. In addition to its crucial affordability to the average person, it has larger and dire consequences from an overarching economic perspective.

Some food price increases were attributable to retailers who were forced to pass on some of their higher administration and labor costs to consumers. However, a significant portion of the rise in food prices can also be attributed to:

Maize is a critical piece of the agricultural and economic equation in South Africa. White maize is a staple food in one form or another for the majority of South Africans, and yellow maize is the primary component in the production of meat, poultry, and dairy products.

South Africa ranks ninth in corn production in the world, producing 13.5 million MT (metric tons), according to the United States Department of Agriculture. The US (SPY), China (FXI), and Brazil (EWZ), stand at the first three positions with 3.6 billion MT, 2.1 billion MT, and 0.75 billion MT of production, respectively.

One of the biggest challenges confronting South African agriculture is the reality that commercial farmers are leaving agriculture because it is not profitable anymore. Plus, some commercial farmers have been restricted from entering farming by the government’s land redistribution policy. There has also been no recent, significant research and development in the area.