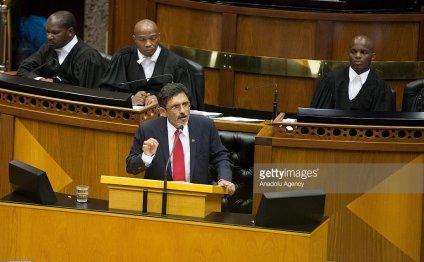 Johannesburg – “I cannot tell you how ecstatic I am to hear the words ‘Beyond Agoa’. I think I am going to get that printed on a T-shirt, ” says US ambassador Patrick Gaspard when asked what the priorities for US-South African relations should be, beyond Agoa.

Agoa – the African Growth and Opportunity Act – has been dominating US-South Africa relations for the last while, and for all the wrong reasons. The law grants duty-free access to the US markets for most South African exports.

But since November the US has provisionally suspended the Agoa duty-free benefits for South African agricultural exports because Pretoria has been blocking imports of US poultry, beef and pork on health grounds for several years.

On January 6 the two sides reached agreement on how to deal with South Africa’s concerns about meat diseases, unblocking the US meat imports. But last week President Barack Obama went ahead anyway and proclaimed that the US would suspend South Africa’s agricultural Agoa benefits unless US meat actually reached South African supermarket shelves by March 15.

So the two countries are not quite “beyond Agoa”. Nevertheless Gaspard said in an interview he was “completely confident” that the March 15 deadline would be met. “We resolved all the technical issues. So I’m confident that some time in the very near future, US poultry will be on South African shelves in the market. And I’m looking forward to inviting you and others to a wonderful braai.”

Some of the ANC’s tripartite alliance partners have accused the US of “bullying” South Africa into accepting “unhealthy” meat. This was “pure rhetoric”, Gaspard said.

“Everyone in the South African government understands and appreciates the rules of engagement around Agoa. “South Africa gets market access to the largest consumer market on the planet to the tune of two billion dollars duty free per year, which helps to create tens of thousands of jobs [particularly] in the auto and agricultural industries.

And in return the US asks for the same market access that South Africa’s other trading partners have.” Did the dispute harm US-South Africa relations?

“No, not at all. As [Trade and Industry] Minister [Rob] Davies said in his press conference a few days ago, there are hardly any trade negotiations that are simple, that are quick. There’s always some speed bumps or some turbulence in the discussions.” But the US and South Africa had “a very strong relationship” which included doing important work together on South African health care, education, governance and energy. Elsewhere in Africa, the US and South Africa were working together to secure regional peace, such as in the Democratic Republic of Congo. “There’s a tremendous amount of strength and resiliency in this relationship … and we will continue to focus on the future, irrespective of occasional rhetoric by those who are engaged in politics.”

One large speed bump that could still upset the Agoa applecart, though, is the Private Security Industry Regulation Amendment Bill, which would oblige foreigners who own private security companies in South Africa to sell at least 51 percent of the companies to South Africans.

The bill has been sitting on President Jacob Zuma’s desk for nearly two years while he considers appeals from US and other foreign security company owners to drop the 51 percent ownership clause.

Asked if the US would evict South Africa from Agoa if Zuma signed the bill into law as it stood, Gaspard said the US would only address that issue if it arose. “However we believe that the 51 percent provision smacks of appropriation and would do real harm to the economic investment climate here, ” he said, but added that the South African government had assured the embassy that the US concerns had been taken into consideration.

Gaspard said with the US meat import issue now resolved, the two governments would also “readily and quickly” resolve similar health issues blocking the export of South African poultry into the US.