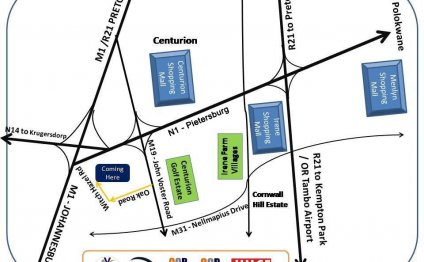 Amid the recent global economic slowdown and persisting domestic challenges in the country, South Africa’s economy contracted by 1.3% in the second quarter of 2015, edging closer to a possible recession in the next quarter.

It is no wonder South Africa’s president, Jacob Zuma, was reported to have described South Africa’s economy as “sick.” It was an acknowledgment the current state of affairs could no longer be business-as-usual.

On Aug. 31, the global consulting firm McKinsey published a report detailing five priority sectors that could help boost economic growth significantly and increase employment opportunities in the country: advanced manufacturing, infrastructure, natural gas, service exports, and agro-processing. McKinsey estimates these five sectors could have a combined impact on GDP of R1 trillion ($87 billion) by 2030, creating 3.4 million jobs in a country battling with poverty and rising unemployment, now sitting at over 25% in the last quarter.

While McKinsey’s report may provide insights on the opportunities that exist in the five chosen sectors, exploiting these opportunities could be challenging.

Take manufacturing, for example—a sector which could contribute R570 billion to GDP by 2030, according to the firm’s estimates. But as of the second quarter, South Africa’s manufacturing sector, which contributes 17% of South Africa’s GDP, was in recession. The sector’s travails are mostly tied to the country’s electricity crisis and labor tensions, which have crippled other energy-intensive sectors in the country.

Too many plans, too little action

Earlier this year during his state-of-the-nation address, Zuma outlined a nine-point plan to accelerate the economy. A cursory look at Zuma’s plan–along with others like South Africa’s National Development Plan—shows that McKinsey’s “big five” priority sectors are already on the government’s policy radar.

Nic Borain, a South African political analyst who consults for BNP Paribas Cadiz Securities, tells Quartz it’s clear that South Africa is not short on ideas on for economic reconstruction, but that rather, the country lacks the requisite political will to implement them.

“I’m not sure that there is anything new that can be said about what needs to be done. The reality is that we have let the basic elements, like good governance, infrastructure and developing a working labour regime, slip. This—coupled with policy confusion and investor uncertainty—has made it harder for us to move out of our low growth cycle, ” says Borain.

Another political analyst, Daniel Silke, who is the director at Political Futures Consultancy in Cape Town, says that South Africa needs to become more innovative and proactive to battle for its place in the world economy.

“Investors—both global and domestic—will move to countries and regions that provide more favorable investment climates, ” he says. “Given that South Africa’s economy is historically dependent on the extractive industries, there is a special burden that lies on us to become more innovative and competitive.”

3 of the Best Things about being a South African Abroad