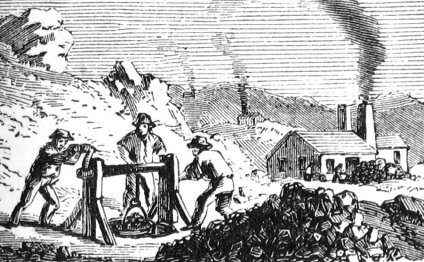 Economic Development Minister Ebrahim Patel says South Africa’s mining sector is “in trouble” as it struggles to recover from 23 000 job losses since April and falling commodity prices from key markets like China.

“Jobs growth over the last three months has been fairly vigorous, but the mining industry is in trouble, ” Patel said in an interview on Talk Radio 702 on Wednesday.

The mining industry, which contributes around 7 percent to Africa’s most developed economy, is struggling with sinking commodity prices, rising costs and labour unrest.

“It’s about jobs, jobs, jobs and none of us should leave this place without committing something to the table, ” Ramatlhodi told reporters.

Decline
Patel said South Africa needed to boost the agriculture, tourism and manufacturing sectors to mitigate the fallout from instability in the mining sector.

Several mining companies have recently threatened retrenchments. Lonmin could retrench up to 6 000 workers as it restructures its operations, while Anglo American Platinum has said it will reduce its workforce in the Rustenburg area from 24 000 to 16 500 workers. Globally, Anglo American is cutting its workforce by a third.

Harmony Gold is also considering retrenchments, while Kumba Iron Ore has closed one of its mines, with 1 160 workers losing their jobs.

Patel said there were several factors which contributed to the decline, beginning with the 2008 financial crisis where a million jobs were lost, as well as the recent downturn in the metal industry and subdued demand from China.

And infrastructure, specifically an unstable electricity supply, were also factors which added to the mining sector’s woes.

Boosting job prospects
The government would boost the agriculture, tourism and manufacturing sectors to diversify a reliance on mining, Patel said, adding that the private sector could more do to create jobs.

He said that on the agriculture front, much more needed to be done to bring small holding farmers into the economy.

Patel said there had been “some successes” in growing jobs in the manufacturers, but steel makers were suffering. “We are working with the steel makers to try to save as much of the industry as we can, ” he said.

Patel was asked if it was time for an “economic Codesa”, similar to the political Codesa which negotiated the transition from apartheid to democracy in the early 1990s. Patel said that the idea of a “Codesa in the political terrain” arose at a time when there was no dialogue between political parties.

Now, in the economy, Patel said there were a number of forums where dialogue could take place. “Business and labour are talking every day. “

Asked about this on Wednesday, Patel said government had a nine-point plan to implement this. Only one of these nine point was public employment programmes, he said.

“There is going to be a lot of emphasis on unlocking opportunities in the private sector, ” Patel said.

Responding to allegations that controversial new visa regulations had negatively impacted jobs in the tourism sector, Patel said: “The good news that I want to focus on is that the ministers of home affairs and tourism are talking and trying to find ways to deal with the legitimate problem of child trafficking in a way that doesn’t damage the tourism industry.”

Working group
Meanwhile, the presidency announced this week that President Jacob Zuma will convene a presidential business working group in Pretoria on Friday that was announced in his 2014 State of the Nation address.

The group’s purpose was “to promote collaboration towards implementing an inclusive growth strategy to support the National Development Plan, ” the presidency said.