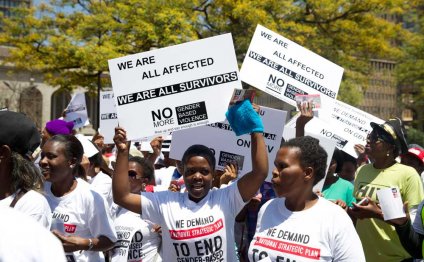 Data from Statistics South Africa on Tuesday showed the continent's most industrialised economy expanded 0.6 percent in the final quarter, slowing slightly from the previous three months as the agricultural and manufacturing sectors shrank. Economists polled by Reuters had expected a rise of 0.8 percent.

"With all expectations that 2016 will be weaker still, this signals decelerating growth momentum in South Africa for three consecutive years, highlighting some of the long-standing concerns of the ratings agencies, " said Standard Chartered's head of Africa research, Razia Khan.

The rand nevertheless rose 1 percent against the dollar, tracking other emerging market currencies higher as uncertainty over the pace of further U.S. interest rate hikes tempers the dollar's momentum.

Credit rating agencies have said South Africa is at risk of a downgrade that could take it below investment grade.

The Treasury has warned such a move could trigger a sharp reversal of foreign capital flows on which South Africa relies to finance its huge current account deficit and precipitate a recession.

On a year-on-year basis, the economy grew 0.6 percent from 1 percent in October to December compared with a Reuters poll forecast of 0.4 percent.

More sluggishness is expected in 2016 as a severe drought persists and global demand for South African exports including gold and other metals remains depressed.

The government forecasts growth of 0.9 percent this year compared with an estimated 1.3 percent in 2015, which would be the lowest rate of expansion since South Africa emerged from a recession in 2009.

Investors are also nervous about economic policymaking after Zuma's sudden firing in December of finance minister Nhlanhla Nene in favour of a relatively unknown lawmaker precipitated a plunge in the rand and other South African assets.

To halt the sell-off, Zuma brought back Pravin Gordhan as his third finance minister in a week, but recent media reports have suggested a rift between the president and Gordhan, who won investors' respect during a previous stint in the job.

Gordhan outlined an austere budget last week that was aimed at avoiding credit rating downgrades but which failed to reassure investors.

Zuma, who faces his second no-confidence vote in a year on Tuesday over what the opposition Democratic Alliance called his reckless handling of the economy, has denied he and Gordhan are at war.

Electricity prices could also drag on growth after the energy regulator allowed state-owned power firm Eskom to raise tariffs by 9.4 percent in the 2016/17.

"These data make it less likely that the Reserve Bank will follow up January's 50 basis points interest rate hike with another rate rise this month, despite the deteriorating inflation outlook, " Capital Economics analysts said in a note.

The impact of strikes on the South African economy