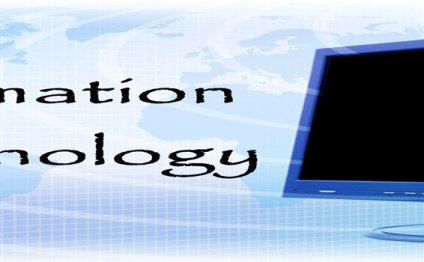 In April South Africa’s largest clothing and textile manufacturer, Seardel, announced plans to close its Frame Textiles division. The company blamed competition from cheap imports — three-quarters of which come from China — as one of the reasons. The shutdown will add some 1, 400 workers to the country’s growing ranks of unemployed, unless government-led efforts for a rescue plan are successful.

The two events highlight the pluses and minuses of Africa’s mushrooming economic ties with “emerging economies” like China. In the last three years Africa’s trade with China has doubled, reaching $106.7 bn in 2008. And while China dominates in terms of sheer numbers, trade and investment with other emerging markets, such as Brazil, India and Malaysia, has also been rising sharply in recent years.

African manufacturing has often felt the adverse impact of such trade, and there are fears over the “deindustrialization” of the textile industry, for example. But consumers have clearly benefited from the low-priced and easily available goods, ranging from sandals to trucks, which have flooded African shops and markets. Meanwhile, rising exports to emerging economies of oil, iron ore, cocoa and other commodities have boosted Africa’s earnings, and companies from Brazil, China, India and Russia are building more roads, hydropower plants and refineries across the continent.

Africa’s remarkable record of economic growth in recent years has to an important degree been underwritten by the explosive growth of countries like China, Martyn Davies, director of the Centre for Chinese Studies at South Africa’s Stellenbosch University, told Africa Renewal. With new markets in which to sell their goods and alternative sources of financing, African countries have been able to lower their dependence on traditional partners in Europe and the US (see Africa Renewal, October 2008).

But now the deepest world economic downturn since the Great Depression 80 years ago has dented Africa’s burgeoning economic links with its new markets. Export orders have plummeted and many Chinese- and Indian-owned businesses have shut down or have been forced to lay off workers.

Yet analysts are optimistic that the economic opportunities presented by emerging economies remain, albeit in less spectacular forms. And in a tougher and even more competitive economic environment, African governments and companies must play smart if they are to reap the full benefits.

“Whilst some emerging economies have a strategy for Africa, Africa does not have a strategy towards the emerging economies, ” says a recent report, Africa’s Cooperation with New and Emerging Development Partners: Options for Africa’s Development, prepared for the UN’s Office of the Special Adviser on Africa (OSAA). Having a strategic approach is vital, the paper says, because Africa is much less important to its new trading partners than they are to Africa.

International Monetary Fund (IMF) projections for world growth reinforce the grounds for optimism. While many of Africa’s traditional trading partners are in a recession, many of its new markets, particularly China and India, show relatively healthy growth prospects (see table below).

The developed countries’ Organization for Economic Cooperation and Development (OECD), in its report Taking Stock of the Credit Crunch, argues that how well African and other poor countries withstand the present crisis depends more on the rest of the developing world than on prospects in Northern countries. If, as looks possible, growth continues in countries like China and India, “one long-term consequence of the current crisis may be an accelerated reconfiguration of the global economy in favour of the developing world.”

About one-third of Africa’s total trade is already with markets in emerging or other developing country, marking a shift away from the previously overwhelming reliance on its traditional trading partners. Although the European Union (EU) as a whole continues to dominate Africa’s trade, that dominance is receding, especially in imports: the EU now accounts for only a little over a third of the continent’s inward trade.

China alone is Africa’s second-largest single trading partner. So its economic activities can have a big impact. China’s recent decision to initiate a large-scale package of domestic stimulus measures has already begun to bear fruit, Zhang Yansheng, an analyst at China’s National Development and Reform Commission, told the national news agency, Xinhua, in May. According to the Ministry of Commerce, imports of oil and iron ore — two key African exports — rose in April.

Though the economic signals from China and other major emerging markets remain mixed, commodity markets have reflected the anticipation of increased demand with modest gains in the prices of oil, copper and other metals in April and May.

Such signs of economic buoyancy are being reinforced by renewed political commitment. Indian officials have reconfirmed the promises they originally made at an India-Africa Summit in April 2008. These include plans to provide $500 mn in grants over the next five to six years and to double lines of credit to $5.4 bn, towards a target of doubling India-Africa trade to $70 bn during this period. India also agreed to reduce tariffs on a wide range of imports from Africa, mainly agricultural products.

Chinese officials too have recently reconfirmed commitments made at the 2006 China-A frica Summit in Beijing to double aid to Africa and reduce barriers to its imports. In February, President Hua Jintao visited Mali, Mauritius, Senegal and Tanzania with a series of aid and loan packages. Lower-level officials have continued to deliver the message since then, with visits to Cape Verde, Eritrea, Ghana and Kenya. In November 2009 Egypt will host the fourth China-Africa Summit.

Mr. Davies is convinced that China will continue to strike more investment deals with African countries. The China Development Bank and China Import-Export Bank are actively considering a large number of commitments, he says, predicting a spate of Chinese investment in smaller mining operations to take advantage of current cheap prices. Pointing to the flight of Western private finance in recent months, he contrasts the “five-minutes-to-five-years time horizons” of Western investment banks with the 20-year strategic vision of Chinese investing institutions.

In March, in Johannesburg, the $5 bn China-Africa Development Fund (CADFund) opened its first office in Africa. At a time when much Western capital is fleeing the continent, the CADFund, established in 2007 by the state-owned China Development Bank as an equity investment fund for Africa, has already spent some $400 mn of its initial $1 bn capital and is reported to be adding a further $2 bn to help promote more Chinese investment in Africa.

Dambisa Moyo: Is China the new idol for emerging economies?