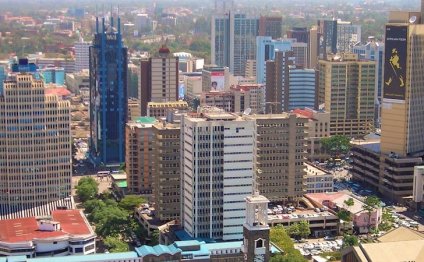 HEY PRESTO: as if by magic, Nigeria has declared itself the biggest economy in Africa. Overnight, with the wave of a statistical wand, it has added 89% to its GDP, now worth $510 billion, and soared past the previous leader, South Africa, worth $370 billion. Nothing has changed in Nigeria’s real economy, except the way it is measured. Yet the magic matters.

The GDP revision is not mere trickery. It provides a truer picture of Nigeria’s size by giving due weight to the bits of the economy, such as telecoms, banking and the Nollywood film industry, that have been growing fast in recent years (see article). Other countries perform similar statistical magic—Ghana, for example, added 60% to its economy in 2010—though few wait two decades, as Nigeria inexcusably did, to update the national accounts. In Nigeria’s case, the new numbers confirm that it really is the colossus of the continent.

Its economy has been growing at an average rate of around 7% a year over the past decade. It is rich in resources, especially oil. It has energetic entrepreneurs and aspirations to be the tech hub of Africa, boasting startups such as Konga and Jumia, budding Nigerian Alibabas. In other industries it has giants such as Dangote Cement (see article), which plans to list in London—as a big oil firm, Seplat, did this week—and is likely to become part of the portfolio of many pension funds. Growing numbers of foreigners wanting to invest in Africa’s rise will buy Nigerian stocks; after Johannesburg, Lagos has the biggest, most liquid market in the region. Above all, Nigeria has lots of people: more than 170m of them. One in five people in sub-Saharan Africa is Nigerian. Come 2050, the UN expects there to be around 440m Nigerians, by then far outnumbering the 400m or so Americans.

But the new GDP figures also provide a useful reminder of what must change. The clearest lesson is for sluggish, complacent South Africa, which has long taken its status as the continent’s giant for granted. With Nelson Mandela dead, it looks ever less like a rainbow nation. The ruling African National Congress is tainted by corruption: President Jacob Zuma is trying to explain how the state spent $24m on his private home (see article). Without economic and political reform, it will slip further behind. But Nigeria, too, has plenty to do.

The country may be a giant, but it is still poor: Nigeria ranks 153rd out of 187 countries in the UN’s Human Development Index. Despite the rapid growth of recent years, unemployment remains high and the number of people in poverty has actually increased. Even with the revised figures, GDP per head is only $2, 700; South Africans are more than twice as rich. Whereas large parts of South Africa have a rich country’s infrastructure, Nigeria suffers from clogged traffic and chronic power cuts. Lack of development is helping to breed an insurgency in the mainly Muslim north and stokes violence elsewhere that creates no-go areas for foreigners. And the numbers also show its growth rate is slipping—to perhaps 6.5% this year. To absorb the millions of young people pouring into the labour market, Nigeria requires the sustained double-digit growth that China has shown to be possible.

To achieve that needs reforms of the sort that President Goodluck Jonathan has, with the big exception of electricity privatisation, largely failed to bring about. He should attack corruption: instead, he sacked the central-bank governor who raised the alarm over billions of dollars in oil revenues missing from the state coffers. Tax-collection is woefully inadequate; the bigger GDP number shows tax revenues to be even smaller as a share of the economy than previously thought. And the barriers to doing business are formidable, from bureaucracy and graft to port delays and murky land rights. Foreign companies that tough it out in Nigeria—the likes of Shoprite stores, Nestlé for food and SABMiller in booze—have shown they can prosper. Even so, it is not a place for the faint-hearted.

Asia - Ranking of countries (according to the HDI Report 2015)

Legatum Institute: Botswana is the most prosperous country in Africa The Central African Republic is the least prosperous…