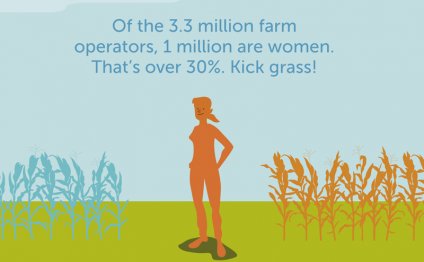 3) Which countries produce the most agricultural emissions?

From 1990 to 2010, global agricultural emissions increased 8 percent. They are projected to increase 15 percent above 2010 levels by 2030, when they will amount to nearly 7 billion tonnes per year.

These increases are mainly driven by population growth and changes in dietary preferences in developing economies. Agricultural emissions growth will be greatest in Asia and sub-Saharan Africa, which will account for two-thirds of the increase in overall food demand over first half of the 21st Century. The production of vegetable oils and animal products – products with a high GHG intensity – are expected to grow the most amongst agricultural outputs.

5) How is agriculture related to land use change?

Land use change and forestry (LUCF) caused 4 percent of global emissions in 2010 and 14 percent of the aggregate, global emissions from 1990 to 2011. Most of these LUCF emissions are intimately connected to agriculture, as many resulted from deforestation caused by expansion of farms into tropical forests. In contrast, forest stocks are increasing in many non-tropical regions (e.g., North America and China), due largely to forest regrowth on former farmland.

6) Do most commercial farms measure and manage their GHG emissions?

Our knowledge of the GHG emissions from agriculture within a given region comes from combining agricultural production data with field-scale studies of individual emissions sources. Most farms, however, fail to measure their emissions—making it difficult for them to determine how to reduce their impact. For example, only one-quarter of agricultural producers targeted by the CDP’s 2013 climate change questionnaire actually reported their GHG emissions. One reason for this lack of GHG reporting is uncertainty around how companies should develop inventories of their agricultural emissions.

7) What are the biggest opportunities to reduce agricultural emissions?

On the supply-side, shifting away from meat and particularly beef consumption offers the most potential for reducing emissions. Also, recent WRI research shows that about 24 percent of all calories currently produced for human consumption are lost or wasted in the food supply chain. Consequently, reducing food losses and wastes can also play an important role.

8) How can the new GHG Protocol guidance help farms reduce their emissions?

To effectively manage their GHG emissions, farms first need to know what these emissions look like. The new guidance helps companies understand which emissions sources to include in their emissions inventories and how emissions data should be reported. In this way, the guidance can support a wide range of management activities—including identifying GHG-reduction opportunities, setting reduction targets, tracking performance, and reporting to programs such as CDP.