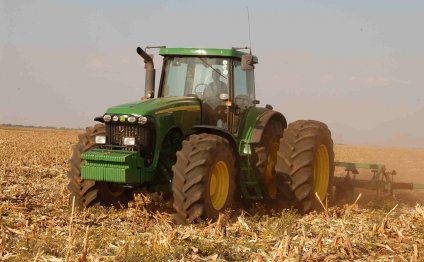 CHURCHILLIAN is seldom an adjective used to describe Jacob Zuma, South Africa’s president, whose ponderous parliamentary speeches are so irresistibly soporific to backbenchers that at least three were photographed snoozing through his recent state-of-the-nation address. But on the subject of land ownership a few days later he took a leaf out of the master orator’s book. “The fate of too many”, he said, “is in the hands of too few.”

Mr Zuma’s flagship policy in the face of a slowing economy and rising unemployment is to ban the foreign ownership of farmland. When first announced in parliament it drew loud applause, cheers and whistling from members of the ruling African National Congress (ANC).

It was a touch of populism, but it hit a raw nerve. Land reform remains a deeply emotive issue in South Africa. A cornerstone of colonial rule and subsequently of apartheid (as well as resentment against both), was a land act passed in 1913 that prevented black people from buying land outside native reserves that made up just 13% of the country. More than two decades after the end of apartheid, the country’s white minority still owns most of the land.

Now the government proposes to prevent foreigners from buying farmland as well as to restrict the size and number of farms that citizens may own. Foreigners would still be allowed to take out long-term leases on farmland, but not buy more.

Restricting foreign ownership is not unusual: China, Argentina, Thailand and Canada’s prairie provinces are among the many places that limit land ownership by aliens. Seeff, a South African real-estate firm, has argued that proposed restrictions are more about politics than righting historical wrongs. Just 3% of total property in the country is in the hands of non-natives, according to Lightstone Property, a South African analytics company.

More significant, however, is Mr Zuma’s announcement that land holdings even by citizens would be restricted to 12, 000 hectares, which the government crudely described as being approximately the size of two farms. If a person owns more than this, the government will have the right to buy the excess land for redistribution. Mr Zuma said that the process of establishing an “Office of the Valuer-General” is under way, for determining land valuations in forced sales. The government is also considering a proposal that would allow it to compel farmers to hand over a 50% share in their farms to employees.

This sudden interest in land reform is because of the slow pace of change. Efforts to rectify land injustices through a “willing seller, willing buyer” system have been seen as largely ineffective. Only a small area of land has changed hands since the advent of democracy in 1994, and 90% of redistributed farms are not productive, by the government’s own account. More recently the ANC has been outflanked by an upstart populist party, the Economic Freedom Fighters, which declared it would expropriate all land without compensation for “equitable redistribution”.

Such proposals, whether by the government or opposition parties, inevitably unsettle South Africa’s commercial farmers, as well as foreign investors. Close to mind is the memory of Zimbabwe’s brutal land seizures of the early 2000s, which devastated its economy. The challenge for the ANC will be to effect real change without undermining its commercial farming sector, a significant export-earner and employer. Some farmers have already upped and left for African countries and beyond. Targeting foreign landowners will send a worrying message to investors at a time when the country can ill afford it.

zoom in africa 0804-Rabbit farming and the market.