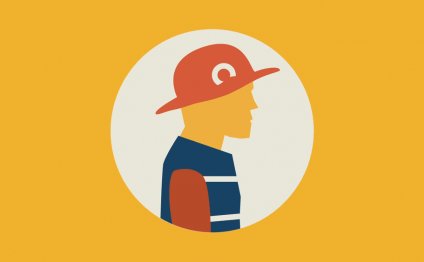 Most of the $3bn (£1.8bn) that the Bill & Melinda Gates Foundation has given to benefit hungry people in the world’s poorest countries has been spent in the US, Britain and other rich countries, with only around 10% spent in Africa, new research suggests.

Analysis of grants made by the foundation shows that nearly half the money awarded over the past decade went to global agriculture research networks, as well as organisations including the World Bank and UN agencies, and groups that work in Africa to promote hi-tech farming.

The other $1.5bn went to hundreds of research and development organisations across the world, according to Grain, a research group based in Barcelona. “Here, over 80% of the grants were given to organisations in the US and Europe, and only 10% to groups in Africa. By far the main recipient country is the US, followed by the UK, Germany and the Netherlands, ” it says in a report published on Tuesday.

Of the $678m given to universities and national research centres, 79% went to the US and Europe, and only 12% to Africa.

“The north-south divide is most shocking, however, when we look at the $669m given to non-government groups for agriculture work. Africa-based groups received just 4%. Over 75% went to organisations based in the US, ” says the report.

“It also appeared that they’re not listening to farmers, despite their claims. The overwhelming majority of its funding goes to hi-tech scientific outfits, not to supporting the solutions that the farmers themselves are developing on the ground. Africa’s farmers are cast as recipients, mere consumers of knowledge and technology from others.”

The private foundation – one of the world’s largest with an endowment of more than $38bn from Bill Gates, and which supports the Guardian’s Global development website – has emerged in under a decade as one of the major donors to agricultural research and development and the largest single funder of research into genetic engineering. In 2006-07, it spent $500m on agricultural projects and it has maintained funding at around this level since. The vast majority of the foundation’s grants focus on Africa.

It aims to enhance healthcare and reduce extreme poverty but its agriculture work has been criticised for being fixated on the work of scientists in centralised labs and ignoring the knowledge and biodiversity that Africa’s smallholder farmers have developed over generations.

“In the 1960s and 70s, these centres were responsible for the development and spread of a controversial ‘green revolution’ model of agriculture in parts of Asia and Latin America which focused on the mass distribution of a few varieties of seeds that could produce high yields – with the generous application of chemical fertilisers and pesticides, ” says the report.

“Efforts to implement the same model in Africa failed and, globally, CGIAR lost relevance as corporations like Syngenta and Monsanto have taken control over seed markets. Money from the Gates foundation is now providing CGIAR and its green revolution model with a new lease of life, this time in direct partnership with seed and pesticide companies.”

sdfsdfdsf Gates foundation grants: where does the money go?

The centres have received more than $720m from Gates since 2003. During the same period, another $678m went to universities and national research centres – more than three-quarters of them in the US and Europe – for research and development of specific technologies, such as crop varieties and breeding techniques.

Britain has been the Gates foundation’s second largest recipient, receiving 25 grants worth $156m since 2003. In the US, where universities and research groups have been awarded $880m, Cornell University has received $90m – more than all other countries except the US, UK and Germany.

“We could find no evidence of any support from the Gates foundation for programmes of research or technology development carried out by farmers or based on farmers’ knowledge, despite the multitude of such initiatives that exist across the continent and the fact that African farmers continue to supply an estimated 90% of the seed used on the continent, ” says the report. “The foundation has elected consistently to put its money into top-down structures of knowledge generation and flow, where farmers are mere recipients of the technologies developed in labs and sold to them by companies.”

Grain suggests that the foundation uses its money to indirectly impose a policy agenda on African governments. “The Gates foundation set up the Alliance for a Green Revolution in Africa (Agra) in 2006 and has supported it with $414m since then. It holds two seats on the alliance’s board and describes it as the African face and voice for our work, ” it says.

“Agra trains farmers on how to use the technologies, and even organises them into groups to better access the technologies, but it does not support farmers in building up their own seed systems or in doing their own research. It also funds initiatives and agribusiness companies operating in Africa to develop private markets for seeds and fertilisers through support to ‘agro-dealers’.

“An important component of its work, however, is shaping policy. Agra intervenes directly in the formulation and revision of agricultural policies and regulations in Africa on such issues as land and seeds. It does so through national ‘policy action nodes’ of experts, selected by Agra that work to advance particular policy changes, ” says the report.

The foundation, based in Seattle, responded to the report’s main points by saying they gave an incomplete picture of its work. “The needs of millions of smallholder farmers – most of whom are women – are very much at the centre of the Gates foundation’s agriculture strategy. Our grants are focused on connecting farmers with quality farming supplies and information, access to markets, and improving data so that government policies and resources are in line with their needs. Listening to farmers to understand their needs, and to developing country governments to understand their priorities, is crucially important, ” said spokesman Chris Williams.

“We fundamentally believe that development should be led by developing countries themselves. We invest directly in the capacity of national governments to execute their own agricultural strategies and join with other donors to fund those strategies through multilateral mechanisms like the global agriculture and food security programme.

“Looking at the primary grantees in our database doesn’t provide a complete picture of where our funds end up and who they benefit. Many of our primary grantees sub grant funds to local institutions in African and south Asian countries, including farmer organisations.