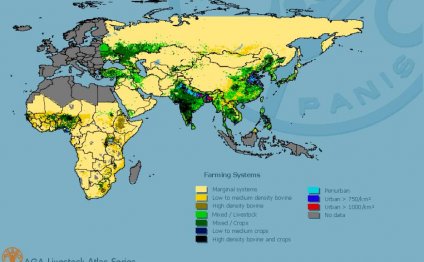 One of the myths outlined in the report The Poor Are Getting Richer and Other Dangerous Delusions that Global Justice Now (previously WDM) released last week to coincide with the Davos World Economic Forum, is that Africa needs our help. A variation of this myth, that African agriculture needs help from rich Western countries, is constantly spun out by the media, investors, agribusiness companies and other transnationals. It sometimes feels like we’re being forced to participate in a modified version of the BBC Radio 4 show The Unbelievable Truth where panellists have to give a lecture full of lies while smuggling a handful of truths past the other players. In the case of the ‘Africa needs our help’ narrative, the game is played so that a handful of truths are used to smuggle some hugely significant lies past unsuspecting governments, NGOs and civil society.

Take the issue of agricultural production in Africa. The truths that the mainstream narrative pick out are that one in four people in Sub-Saharan Africa are undernourished, and that Africa has the lowest levels of agricultural productivity in the world, with extremely low levels of inputs like fertilizers, improved seeds and irrigation. It is also true that high population growth rates, high levels of poverty, poor infrastructure and low levels of investment have compounded the problem and made food difficult to access for millions of people.

But from these truths, the mainstream narrative moves to a false conclusion: that with the financial and technical help provided by rich countries and international development agencies – such as the $10 billion of ‘responsible private investments’ committed through the New Alliance to date – employment and food production will receive a huge boost and Africa will finally be able to feed itself.

It is certainly true that millions of people in Africa suffer from hunger and malnutrition, but nonetheless this narrative is partial and misleading. It is missing context, crucially failing to ask why this has happened in a continent that used to be self-sufficient in food in the 1960s. There are two main reasons for this, and they point to a very different solution to the problem of African poverty.

Firstly Africa’s agricultural production was designed during the colonial era to benefit rich countries in the North with their enormous appetite for raw materials and luxury (non-staple) foods. In 2011, the top five exports out of Africa (by value) were cocoa beans, coffee, cotton, rubber and tobacco; more useful for satisfying rich consumers than feeding poor communities.

Secondly, African countries have been forced to deregulate their trade by rich countries and financial institutions like the International Monetary Fund and World Bank. These institutions continue to lend money to developing countries while encouraging them to privatize public services and deregulate their economies. So, countries end up importing staple foods like wheat, palm oil, maize, sugar and soya-bean oil – crops largely produced by rich countries in the North, which can afford to heavily subsidize their agricultural sector. They have also opened up Africa to agribusiness companies that are rapidly increasing their control of resources such as land, water and labour.

Mainstream media, transnational corporations and government agencies tell us that Africa needs GM technology and chemical fertilizers to increase crop yields. What they don’t tell us is that the use of GM seeds actually leads to falling crop yields in the long term, and the increased use of pesticides and herbicides.

More and more evidence has been pouring in which shows that sustainable agriculture – or agroecology – can produce yields comparable to, and often larger than, industrial agriculture. But that’s not all. There are also huge positive knock-on effects of agroecology, such as increasing biodiversity, increasing income and employment opportunities, reducing the gender gap, improving, and helping to mitigate climate change.

Whether it’s by practising agroforestry, rice-duck farming or organic farming techniques, the evidence in support of agroecology is now indisputable. What we need is the political will to challenge the myth of corporate-controlled agriculture through reform of the aid system, opposition to unfair trade agreements, and by promoting the principles of agroecology and food sovereignty to help small-scale farmers regain control of Africa’s food system.

In February Global Justice Now will be publishing a report on agroecology in Africa outlining its benefits, the barriers preventing agroecology from being more widely adopted, and a set of policy proposals to overcome these barriers. globaljustice.org.uk

Culture of African catfish in itegration with agricultural ...

Data of all kinds are notoriously scarce for Sub-Saharan Africa, and geospatial data—that is, maps—on agriculture, poverty…

History of Agriculture in Kenya