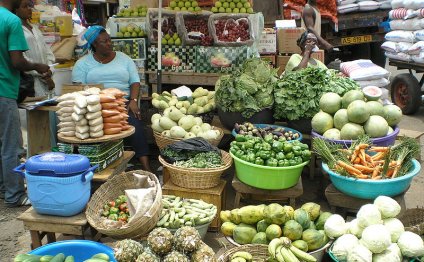 The existing agricultural or farming systems in different ecological zones of West Africa are designed to produce subsistence food, cash sales and materials for local or industrial use. There is no generally accepted classification of farming systems in tropical Africa, but for convenience a classification which is based on intensity of cultivation and/or animal rearing is presented in Table 11. The various production systems are grouped under (i) traditional and transitional systems, and (ii) modern systems and their local adaptations.

The majority of the farming systems of West Africa belong to this group which range from the extensive (shifting cultivation and nomadic herding) to more permanent and specialized types of farming (compound farms and terrace farming). Shifting cultivation is an extensive agricultural production system in which a cultivation phase on ‘slash-and-burn’ cleared land alternates with a fallow period (Okigbo, 1982). The clearing is done using axes or matchetes and usually only herbaceous plants, saplings and undergrowth are cut. When dry the cut material is burned and the cleared area is planted on the flat or on mounds with crops like yams, rice, sorghum, millet, maize and cassava depending on the ecological zone. The land is cultivated for one to four years after which it returns to fallow. The regrowth of natural vegetation rejuvenates the soil through nutrient cycling, addition of litter and suppression of weeds. The cultivation phase alternates with a much longer fallow phase, ideally 10–20 years. Marked variation in the relative lengths of cultivation and fallow periods have been reported by Nye and Greenland (1960) and Ruthenberg (1974).

In classical shifting cultivation, the homestead of the farmer is relocated near the cultivated fields after each cultivation phase. In practice the situation varies from where the farmer may never return to the same piece of land to situations where cultivation is repeated on the same plots. This cultivation system is ecologically viable in frontier situations where population density is low and fallow periods are long enough to restore soil fertility. Shifting cultivation in the classical sense has all but disappeared in West Africa and Morgan (1980) reported it to be restricted to parts of Ivory Coast and small areas between Nigeria and Cameroon (Figure 10). Nomadic herding is the extensive animal rearing counterpart of shifting cultivation in the savannah and more arid areas is discussed separately.

Shifting cultivation has been replaced by more intensive farming systems as the result of increasing population pressure and the shortening of the fallow period. The intensity of cultivation can be measured using the Land Use Factor (L) of Allan (1965) where:

Greenland (1974) reported that intensification of cultivation (Table 11) passes through the following phases:

The intensification of production in the farming systems shown in Table 11 can be assessed by relating their L values to those above. Based on the foregoing, the traditional and transitional West African farming systems in which crops are grown and some animals reared are characterized as follows:

Originally farming in West Africa was subsistence orientated. During the colonial era trade in spices, forest products and later cash crops led to increased cash cropping and with increasing industrialization, the production of export orientated raw materials (palm oil, palm kernels, groundnuts, rubber, cotton, etc.). With increasing domestic industrialization many of these raw materials can be sold locally. With increasing urbanization and mobility, the market economy has become well established in West Africa, particularly the need by farmers for money to purchase goods, services and farm inputs which can only be obtained through sales of farm produce. By products of farming (manure, fuel wood, etc.) can also be used. Therefore the objectives of traditional farmers are various and, although food crops still have priority, some commodities are produced specifically for sale.

Traditional West African farming systems consist of several fields in more or less concentric circles round a compound or homestead-garden. (Figures 11 and 12). The homestead-garden is under intensive, permanent production and contains a mix of perennial and annual crops grown in a complex agroecosystem. In the tropical rain forest zone this may attain a multistoried structure approaching that of the tropical rain forest (Plates 2 and 3). In the savannah, it is not so complex owing to lower rainfall but the diversity index usually exceeds that of the surrounding woodland. Fertility is maintained by applying household refuse, crop residues and animal manure. The fields are located at varying distances from the homestead and have fallow periods which increase with increasing distance from the homestead (Plate 4).

Problems of Agriculture in West Africa