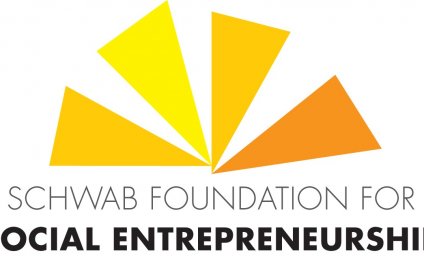 These are interesting times for people who care about Africa’s future. Across the world, a growing community of economists, engineers, human rights advocates, philanthropists, entrepreneurs, and policy makers are engaged with my home continent. As the African founder and president of Ashesi University in Ghana, I am sometimes invited to conferences where I enjoy the chance to exchange ideas about development in Africa.

No one, myself included, knows the “right” approach to addressing Africa’s complex and interconnected challenges. At first glance, the sheer variety and quantity of projects in Africa can seem chaotic. Donors wonder if it is best to focus on education, or microfinance, or some other arena, and each category can be broken down further into multiple models. Some of the many projects in Africa will bring real benefits to many communities, and others will fail, disappearing with little or no lasting impact. I’m OK with that. Just as free markets create more growth than planned economies, I believe this freewheeling approach is more likely to bear fruit than some systematically planned, top-down development scheme.

For decades into the future, Africa is going to require — and benefit from — multiple waves of innovation and exploration. Many countries in Africa are experiencing some progress, with GDP growth rates averaging over 5 percent in the decade from 2004. But if this progress is to last, and not be eclipsed by each new crisis, then African citizens are going to have to drive much of this innovation for themselves.

Unless every global NGO operating in Africa and staffed mainly with Western professionals intends to stay there forever, they will need to find capable African citizens to enlist as partners. After the clinics have been built, the fresh water wells become operational, and the computer teachers are trained, local citizens will need to not only maintain these gains, but also continuously update and spread them to more communities. Otherwise, Africa will continue to fall behind.

Happily, the students and the graduates I talk to are eager to step up and have an impact in Africa. They don’t want to slip back into the prevailing culture of bureaucracy, complacency, and corruption. As one young Ashesi graduate explained, “We’re not waiting for some superman to come and fix things. We know that if Africa is to change, we need to act.”

To place this statement in context, it helps to understand that most Africans are still educated in the traditional African system: taught not to ask questions, to copy down everything the teacher says or writes, then memorize it, word for word. All too often, African high school teachers still coach their students to cheat on national standardized exams. Africa needs more of these young men and women to make the challenging transition to become successful innovators and entrepreneurs, solving problems and creating jobs. For that to happen, they’ll need more than up-to-date skills in computer science or finance.

Courage is the underpinning of ethics, innovation, and entrepreneurship. It empowers people to take risks, overcome obstacles, and speak truth to power. One young Ashesi graduate, David Darkwa, described how he found himself, just a few years out of college, leading a team to develop West Africa’s first cardless ATM service. He had advocated for the project, but the company had become skeptical, and his team was whittled down from seven to three people. David drew on a technique from his Ashesi University projects: quickly deploy a potential solution, fail early, then iterate. Being willing to fail is counter to African culture, which emphasizes saving face, but it’s a necessary part of creating a genuinely new solution.

This kind of practice with complex, real-world challenges helped David develop confidence. But practice, no matter how realistic, isn’t enough. Young people also need to be inspired and encouraged. To lead his team through obstacles, David kept himself motivated by a vision larger than himself. “I was determined to help ordinary people in our cash-based economy to safely access their cash from any ATM.” As the project lead, David stood up against the sea of doubt. His team was successful, and their platform has been deployed by multiple banks across West Africa. “I’m proud, ” David says, “that this solution was created by Africans.”

On average, young Africans entering the workforce will need more vision and courage than their Western counterparts. In Africa, even professions like accountancy can present heroic challenges. I recently met a young man from Niger, educated in France, who has launched his own accounting firm in Niger. When his firm refused to accept bribes in exchange for overlooking irregularities in his clients’ books — a practice that is the norm in Niger — they lost most of their clients. The young man stuck to his principles and has gained a loyal following among the businesses and international NGOs in Niger who recognize the value of working with honest accountants. I am encouraging this young man to follow his dream and open a new university in Niger, focused on fostering ethical and innovative professionals. When Africa’s most ethical citizens take the risk to educate their fellow citizens to follow their lead, the positive changes occurring in Africa will surely spread more quickly.

Even when not being pressured to condone fraud, accountants in Africa have a platform to create change, if they have the courage to use it. Anita Ayamgha, an Ashesi graduate at PriceWaterhouseCoopers, explains, “I work towards the day when all Ghanaian businesses are run to international standards of transparency, with checks and balances properly in place.” By helping African businesses run more efficiently, prevent fraud, and avoid easy ways to hide bribes, Anita is preparing them to qualify for investment capital. She is helping her clients to grow their firms.

Courage, it turns out, is good for business. I’ve listened to discussions where graduates who have been in the African workforce for a few years come back to talk with current students. David Darkwa confides that his reputation of integrity has helped him to stand out and to earn more responsibility. “It is my secret career weapon.”

Courage is not the same as blind self-confidence. It must be tempered with humility. Courage empowers a young entrepreneur to take a risk and start a new venture. Humility, the ability to listen with empathy, will help guide that entrepreneurs’ choices, shaping products to serve the customers’ needs.

Even in the midst of the current Ebola crisis, an Ashesi student from Liberia managed to teach himself the importance of taking the time to listen with humility. Early every morning this past fall, before going to his university classes, Kpetermeni Siakor participated in anguished conferences over Skype with his former colleagues at iLab Liberia, a not-for-profit technology space which he helped start. The iLab Liberia team had spoken to as many people who were directly involved with the outbreak as possible. They learned that because health workers collected only paper records of Ebola cases, there were long lags between data collection and transmission to the health ministry, emergency dispatch delays, and general confusion among health officers — which was slowing down the work to track, control, and stop the disease.

Armed with this feedback, Kpetermeni and his colleagues developed data tools for the health ministry in Liberia. Kpetermeni could develop software remotely from Ghana, but when the iLab team experienced problems that stopped the project’s rollout — the effort to provide computers, set up reliable internet connectivity and coordinate iLab volunteers to digitise paper case forms and track Ebola contact cases — Kpetermeni did not know how to help from his dorm room in Ghana.

On Sept. 30, Kenya announced the results of its “rebasing”—a recalculation of its gross domestic product to include previously…