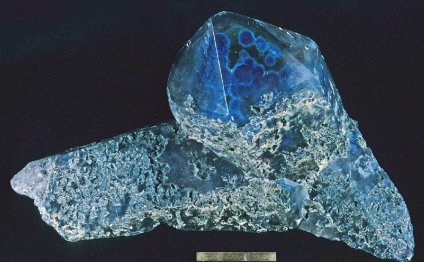 That South Africa has been built on the back of mining is no understatement. For nearly 150 years, mining has been the driving force behind our economy; not only that, the industry has shaped – and continues to shape – our country’s socio-political and cultural development, as well.

It was the discovery of gold in the old Transvaal and, just a few years later, diamonds at Kimberley that suddenly put this far-flung land firmly on the world map. South Africa boomed – towns sprung up on the gold and diamond fields, immigrants and migrant labourers flooded in to find their fortune and ancillary businesses were established by entrepreneurs eager to capitalise on the opportunities presented to them. Within decades, the economy was transformed – from one based simply on agriculture and trade into a thriving economy based on the rich mineral reserves underground. Mining contributed directly to the establishment of the Johannesburg Stock Exchange, the development of infrastructure, providing the catalyst for the development of other economic sectors and, in so doing, elevating the status of the South African local economy.

Although it’s on a downward trend from its peak some decades ago (from 21% contribution to GDP in 1970 to just 6% in 2011), the mining industry nevertheless continues to make a valuable contribution to the South African economy, most notably in terms of foreign exchange earnings, employment and economic activity.

Today, says the Chamber of Mines, South Africa’s total mineral reserves are estimated at $2.5 trillion, with the mining sector contributing 18% of GDP and over 50% in foreign exchange earnings. The sector brings in an annual income exceeding R330 billion and accounts for 20% of all investment in the country. All that revenue generated needs spending somewhere – of the R441 billion in expenditure which the mining industry generates, R407 billion is spent locally, further stimulating the economy. Mining also contributes significantly to the State Treasury – around R17 billion in corporate tax and R6 billion in royalties. Having helped found the JSE, today mining houses still provide around 30% of its market capitalisation.

The Mining Intelligence Database points out that, currently, the mining and related industries not only employs over one million people – spending R78 billion in wages and salaries – but is the largest contributor by value to Black Economic Empowerment (BEE). Importantly, mining provides job mining opportunities for unskilled and semi-skilled people.

Mining and the Rand

The mining industry exerts a strong influence on the currency of the Republic. The South African Rand was introduced in 1961, prior to the country becoming a Republic and replaced the British Pound. The currency is so-named as a nod to the Witwatersrand (often called ‘The Rand’) in which a vast wealth of South Africa’s gold deposits are found and on which Johannesburg was founded. To this day, the rand continues to be inextricably linked to mining – since minerals and metals contribute such a hefty portion of our export revenue, its foreign exchange value is highly sensitive to the price of minerals and production, fluctuating up and down as the price of gold and other commodities rises and drops or when labour unrest on the mines threatens production.

Just as South Africa shifted from a primary to a secondary economy with the discovery of gold mining and diamonds, right now the country is making the transition to a tertiary economy (up to 65% of GDP now comes from this sector). Nevertheless, in the economy of the country, as a foreign exchange earner and employer of the people. But the mining industry will also have to make some serious changes to stay relevant, including an increased emphasis on:

Durban harbour is one of the 10 largest in the world. South Africa s World Bank ranking for trading across borders has jumped…