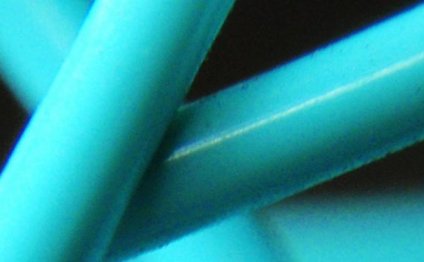 THERE is little in the way of bright news about South Africa’s economy—and not just because power cuts are plunging neighbourhoods into darkness several times a week. According to figures released on May 26th, annual GDP grew by a mere 1.3% in the first three months of this year, a crawl compared with the 4.1% achieved in the fourth quarter of 2014. Unemployment is soaring. Even using a narrow definition, it stands at 26.4%, the highest since 2003.

“The numbers are saying ‘something has to be done, and done quickly’, ” says Pali Lehohla, South Africa’s statistician-general. But where to begin? Power shortages under Eskom, the failing state utility, have dampened manufacturing, drought has hit agriculture and tourism, a rare boon, has been hampered by much-criticised new visa requirements. Rating agencies have warned that South Africa is dancing dangerously close to junk status, though no immediate downgrade is likely.

Joblessness is particularly worrying. The expanded rate, which includes “discouraged” workers who have simply given up trying to find a job, rose to 36.1% in the first quarter of 2015. Cees Bruggemans, an economist, says South Africans are doomed to “a life of discouragement”.

Even many of those with jobs are unhappy. Strikes are hurting mining. Talks between unions and gold-mine bosses are due to begin in early June. But with unions opening the bargaining by demanding that basic pay for unskilled mineworkers be doubled, prospects of an early settlement seem poor. Last year similar demands at platinum mines sparked five months of labour unrest. A strike by 1.3m public-sector employees has been averted, but only at the cost of a 7% wage increase, with the money coming from emergency funds.

The weak economy is stoking social unrest and public violence. Foreigners, seen as competition for scarce jobs, were targeted in a recent spate of xenophobic attacks that left at least seven people dead. The IRR, a think-tank in Johannesburg, says that protests have nearly doubled since 2010. Many relate to the provision of basic services such as water and electricity. Inequality remains high. A report by the Boston Consulting Group, a consultancy, placed South Africa 138th of 149 countries for its ability to turn the country’s wealth into well-being for its people.

So far the government of President Jacob Zuma has shown little sign of being able to improve matters. The African National Congress, the ruling party, is bogged down in internal political battles, not least over whether to pursue capitalist or socialist economics. The government’s much-touted National Development Plan, a market-friendly strategy to encourage investment and growth, is largely ignored. Even by the ANC’s own standards, it is failing: only 2% growth is expected in 2015 when the economy needs to expand by at least 5% a year to reduce unemployment.

Checking the Health of the South African Economy