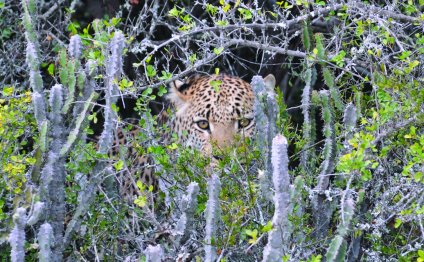 When the British arrived in South Africa in 1796, they quickly conquered the Dutch settlement that had been established in 1652 and set up a government under the English Parliament and British common law. This liberal, individualistic regime was inherently offensive to the Afrikaners—the Dutch settlers of South Africa—who enjoyed both slavery (generally of imported Chinese and Malays) and a system of law that granted no standing to nonwhites. The Boers, as the Afrikaners were to call themselves, abhorred the intervention of the British, whom they considered agents of an imperialist power. Following Britain’s abolition of South African slavery in 1834, the Afrikaners physically escaped the rule of the British crown in the Great Trek of 1835.

Moving north from Capetown and spilling the blood of several major tribes, including the fierce Zulus, the Boers founded the Transvaal and the Orange Free State (i.e., free of British domination), and proceeded to establish racist legal institutions. The Boers treated brutally, and denied rights to, the relatively few nonwhites who resided and worked in their agricultural economy.

The Capetown of nineteenth-century British rule was markedly different. That area experienced some of the most unconstrained racial mixing in the world. A large nonwhite population, the Cape Coloureds, participated in integrated schools, churches, businesses, and government institutions. And they voted. A color-blind franchise was explicitly adopted in 1854. As a port city, Capetown became internationally famous for its laissez-faire social scene (including miscegenation), rivaling New Orleans as a haven for sea-weary sailors.

The physical separation of the two European populations, as well as the small degree of interaction between the Afrikaners and the African tribes, allowed a brief and uneasy equilibrium in the mid-nineteenth century. It was not to last. When gold was discovered near the Rand River in the Transvaal in 1871 (diamonds had been found in 1866), the world’s richest deposits exerted a powerful magnetic force on the tribes within the subcontinent: Afrikaners, British, Xhosi, Sotho, and Zulu were all drawn to the profitable opportunities opening in the Witwatersrand basin.

Synergy and Competition: The Dynamics of the Colour Bar

The South African gold rush made the natural synergy between white-owned capital and abundant black labor overpowering. The gains from cooperation between eager British investors and thousands of African workers were sufficient to bridge gaping differences in language, customs, and geography. At first, however, the white capitalist could deal directly only with the few English and Afrikaner managers and foremen who shared his tongue and work habits. But the premium such workers commanded soon became an extravagance. Black workers were becoming capable of performing industrial leadership roles in far greater numbers and at far less cost. Driven by the profit motive, the substitution of black for white in skilled and semiskilled mining jobs rose high on the agenda of the mining companies.

White workers feared the large of African labor as the low-priced competition that it was. Hence, white tradesmen and government officials, including police, regularly harassed African workers to discourage them from traveling to the mines and competing for permanent positions. Beginning in the 1890s, the Chamber of Mines, a group of employers, complained regularly of this systematic and attempted to secure better treatment for black workers. Their gesture was neither altruistic nor founded on liberal beliefs. Indeed, the mine owners often resorted to racist measures themselves. But here they had a clear economic incentive: labor costs were minimized where rules were color-blind. This self-interest was so powerful that it led the chamber to finance the first lawsuits and political campaigns against segregationist legislation.

Nonetheless, the state instituted an array of legal impediments to the promotion of black workers. The notorious Pass Laws sought to sharply limit the supply of nonwhite workers in “white” employment centers. Blacks were not allowed to become lawful citizens, to live permanently near their work, or to travel without government passports. This last restriction created a catch-22. If passports were issued only to those already possessing jobs, how was a nonwhite to get into the job area to procure a job so as to obtain a passport? Nonwhites also were prohibited from bringing their families while working in the mines (reinforcing the transient nature of employment).

Each restriction undercut the ability of blacks to fully establish themselves in the capitalist economy, and hence to compete with white workers on equal terms. Confined to temporary status, blacks were robbed of any realistic chance of building up the to challenge their white bosses directly in the labor market.

The Digitisation of Education in South Africa

Durban harbour is one of the 10 largest in the world. South Africa s World Bank ranking for trading across borders has jumped…