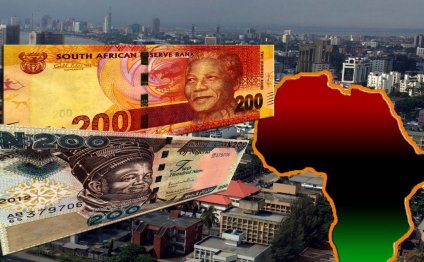 On Sept. 30, Kenya announced the results of its “rebasing”—a recalculation of its gross domestic product to include previously unaccounted-for economic activity. Its GDP expanded 25.3 percent, to $55.2 billion, moving it up several rungs on the list of Africa’s largest economies, to 9th. The government adjusted its 2013 growth rate from 4.7 percent to 5.7 percent.

Kenya’s is the latest in a series of rebasings that have reinforced investors’ perception of the area’s growth potential. Even as Ebola ravages West Africa and as the Democratic Republic of Congo is still recovering from a devastating civil war, many of the other economies in the region remain dynamic: The International Monetary Fund predicts sub-Saharan growth will be 5.8 percent next year, up from an estimated 5.1 percent for 2014. Many of the area’s governments issue bonds that look like good bets based on that projected growth. “Africa’s the final frontier among emerging markets for high yield, ” says Brett Rowley, emerging-markets sovereign analyst for TCW Group in Los Angeles.

The first big rebasing of 2014 took place on April 7, when Nigeria declared itself the largest economy in Africa, surpassing South Africa in GDP. According to Nigeria’s National Bureau of Statistics, the GDP numbers had been inaccurate for years, and the state finally addressed the problem. A recalculation by the statistics bureau, with help from the World Bank, the IMF, and the African Development Bank, showed the country’s statisticians were missing almost half of Nigeria’s economic activity.

The new figure, which took more than a year to calculate, increased the GDP total from $262.2 billion to $488 billion. It’s still not entirely accurate, because the calculations for the farm sector were based on older numbers—highlighting the difficulty of calculating GDP as well as the importance of the number. GDP is the world’s most watched economic statistic, and Nigeria’s triumph over South Africa made news around the globe. (South Africa regularly rebases its GDP, so an announcement that the country’s GDP is much larger than previously claimed is unlikely.)

Rebasings are “something a country might use to market itself, and it has political implications, ” says Roy Adkins, Africa sovereign debt analyst for T. Rowe Price, the mutual fund group. Politics played a role in Nigeria’s recalculations. A national election is coming up in February, and incumbent President Goodluck Jonathan will be able to brag that on his watch the country usurped South Africa’s premier position.

Many poor and middle-income countries have had to work with shaky statistics for decades, according to the World Bank’s Bulletin Board on Statistical Capacity, which surveys the quality of statistics from different countries. According to the IMF, most African GDP figures are too low and need an update. Underestimating is chronic because calculating GDP in the most accurate way is expensive. It’s also impractical to conduct annual censuses of the population and all economic activities—in short, counting every person, good, and service that can be found. An affordable and faster option, which most countries choose, including the U.S., is to conduct several types of census—for population and various economic sectors—in a single year, and in the years between censuses use surveys, statistical samples from which to extrapolate an overall growth rate.

Nigeria’s old base year was 1990, and its new one is 2010. Nigeria in that time went from having no cell phones to having one of the largest user populations worldwide. Because there wasn’t a starting figure for the mobile telecom industry in the 1990 base from which growth was extrapolated, this part of its economy wasn’t counted until now. The country’s film industry is another example: What were just a few movies produced annually in 1993 have exploded into Nollywood, the world’s second-largest film industry by volume. Both mobile phone networks and films are now part of GDP. Nigeria’s case shows why recalculating GDP often is important. Donald Kaberuka, president of the African Development Bank, says all African nations should rebase their economies every five years to keep GDP figures as accurate as possible.

Yvette Babb, a fixed-income and currency strategist for Standard Bank Group of South Africa, Africa’s largest lender by assets, expects four economic sectors to show the most growth in the rebased economies: services, telecommunications, wholesale and retail trade, and manufacturing. If a wave of rebasings does uncover more manufacturing, that would be important fodder for the “Africa rising” debate. Skeptics say sustainable economic growth in Africa requires more manufacturing and less reliance on exporting raw materials, the continent’s established source of revenue. In Nigeria, rebasing took manufacturing from a 1.94 percent share of GDP to 6.83 percent, according to the National Bureau of Statistics.

Countries that have rebased in recent years include Ghana and Namibia; up next are some of Kenya’s neighbors in East Africa such as Tanzania. Taken together, the new numbers are expected to show that Africa accounts for more of the world’s economic activity than previously thought. It formally comprises about 4.9 percent of global GDP, but its share is probably closer to 6 percent, says the African Development Bank’s Kaberuka.