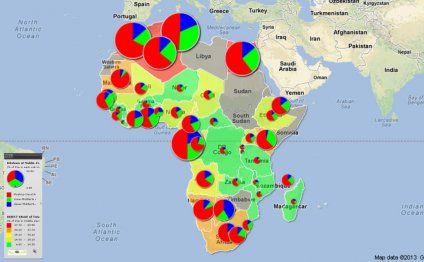 With supply chains around the world becoming more complex, trade logistics within the country need to keep up, and a huge component of that – perhaps the most important one – is the capability of the transport network.

South Africa has some strong and profitable trade links. The intra-trade between it and its fellow BRICS nations has made its mark on global trade, and its trade with other SADC countries is also going well. That notwithstanding, the country needs to scrutinise its logistics and transport sector to see where efficiencies and efficacies can be improved, because this sector is slowing down supply chains and consequently hampering further economic growth as well as muddying the waters of future opportunities.

As was reported in KPMG Africa’s article “”, in 2012 the World Bank ranked South Africa 24th out of 150 countries on the international logistics competitiveness index, which is much higher than the other nations (with China being the next highest at 30th place). While this is certainly encouraging, when the domestic logistics costs were compared, South Africa ranked 124th – the lowest among the BRICS countries. The transport sector is a prime cause of this low classification.

It’s imperative that South Africa’s transport sector develop to the point that it can cope with the diverse requirements of numerous and varying supply chains. The country’s logistical road performance currently compares unfavourably with international competitors: lead time is 30 days compared with 13 days on average for developed nations.

Currently road is the most frequently used mode of transport in South Africa, meaning it is absolutely necessary that national infrastructure investment be made in this direction. At present the road density is too low. This affects the state of the roads as more vehicles are forced to use the same roads, there being no alternative routes available. Furthermore, the deteriorating condition of the nation’s roads has a negative effect on logistics (e.g. potholes and roadblocks causing delays).

The country’s rail setup is also not geared to support economic growth. Rail structures are more than 100 years old and are under-maintained. When compared with other BRICS nations South Africa stands the lowest in the usage of its rail networks.

The country’s ports are also slowing down supply chains. There is too much old equipment, which negatively affects the cargo processing time. Cargo transhipment sometimes adds to increased delivery times because it lengthens transit time; moreover, it adds to inventory costs.

There are currently not enough passenger and freight terminals in the country, as well as too few airports and runways. The airline industry is overtaxed, making it difficult to establish cheaper fares and this constrains the development of low-cost airlines.

What is needed is for government and industry leaders to tackle the infrastructure problem with zest and commitment. Logistics constitute 12.7% of the country’s GDP and is therefore one of its biggest contributors, which further highlights the necessity of the nations’ leaders improving the status quo. By fixing short- and long-term goals and by bearing in mind the improvement guidelines that have worked elsewhere South Africa can hold on to its marked stand in global trade.