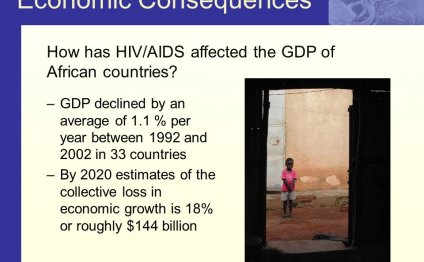 A woman carries fruit to sell in the market in Lagos, Nigeria. Photograph: Sunday Alamba/AP

Two years ago Ghana's statistical service announced it was revising its GDP estimates upwards by over 60%, suggesting that in the previous estimates about US$13bn worth's of economic activity had been missed. As a result, Ghana was suddenly upgraded from a low to lower-middle-income country. In response, Todd Moss, the development scholar and blogger at the Center of Global Development in Washington DC, exclaimed: "Boy, we really don't know anything!"

Shanta Devarajan, the World Bank's Chief Economist for Africa, struck a more dramatic tone. In an address to a conference organised by Statistics South Africa, he called the current state of affairs "Africa's statistical tragedy".

How good are these numbers?

My book – Poor Numbers: how we are misled by African development statistics and what to do about it – presents a study of the production and use of African economic development statistics. All of the central questions in development revolve around the measure of the production and consumption of goods and services. This is expressed in an aggregate composite metric called the Gross Domestic Product, which is used to rank and rate the wealth and progress of nations. It is the most widely used measure of economic activity, yet little is known about how this metric is produced and misused in debates about African economic development.

For a number of years now I have been trying to answer the question: How good are these numbers? The short answer is that they are poor. This is not just a matter of technical accuracy – the arbitrariness of the quantification process produces observations with very large errors and levels of uncertainty. This "numbers game" has taken on a dangerously misleading air of accuracy, and the resulting figures are used to make critical decisions that allocate scarce resources. International development actors are making judgments based on erroneous statistics. Governments are not able to make informed decisions because existing data are too weak or the data they need do not exist.