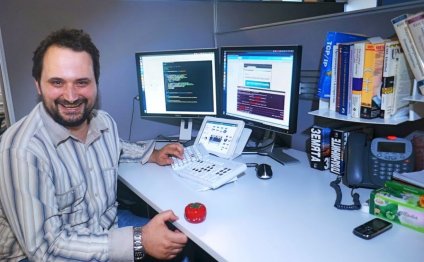 IT industry in South Africa

South Africa is traditionally the leader in Africa of the automotive industry and now produces more than half a million annually of all types of automobiles. While domestic development of trucks and military vehicles exists, cars built under license of foreign brands are the mainstay.

The modern automotive industry in South Africa was launched in 1995 and has since provided a large amount of exports. It has motivated global motor vehicle manufacturers to grant production contracts to South African factories. South Africa has been engaged in the assembly of motor vehicles and light truck models since the 1920s, with the country's main international manufacturers being:

These manufacturers are all concentrated in the Provinces of Eastern Cape, Gauteng and KwaZulu-Natal. With the Motor Industry Development Programme (MIDP) doubling in size between 1994 and 2012. it continues to grow and in recent history it has seen its successor Automotive Production and Development Program (APDP) enforce new aims, hoping to achieve local production of 1.2 million vehicles annually by 2020.

In 2007 the automotive industry grew again, producing over 500, 000 vehicles annually. While equating only a small factor of the global vehicle production of 73 million, this did make great local contributions, making up 7.5% of the country’s GDP. In 2010 the National Association of Automobile Manufacturers of South Africa (NAAMSA) reported that the new vehicle sales exceeded their initial expectations of 7%, with the large local growth allowing it to reach 24% instead, providing a large boost after the 2008/09 recession. This was reflected in 2010 showing 271, 000 vehicles being exported, more than double what was seen in previous years.

Volkswagen have had a factory in Eastern Cape since the early 1950s, which now employs around 6, 000 people and produces 120, 000 vehicles per year, of which 40, 000 are exported to fellow African countries. The Volkswagen group holds a market share of approximately 22.1% in South Africa.

BMW caters for 5, 000 employees in South Africa and manufactures around 55, 000 a year, the BMW Rosslyn Plant in Gauteng was founded in 1968 and plays an important role in the production of equipment used in vehicles.

Mercedes-Benz manufacturing plant was founded in South Africa, Eastern Cape around 1954 and produced 55, 900 vehicles in 2010 and in the same year the local market saw Mercedes-Benz sell 25, 400 cars and 6, 100 trucks.

MAN has been present in Africa since 1968 and positions itself well in South Africa, maintaining two plants and a "spares" depot, employing 393 citizens who produce around 2, 500 vehicles annually find that they sell almost entirely on the Southern Africa markets.

The South African government has provided substantial support for the automotive industry in the past 20 years and is still identifying it as a key growth sector. In an the Department of Trade and Industry (dti) Budget Vote Address delivered in July 2014, Trade Minister Rob Davies said that “given that automotive manufacturer and components comprises 30% of our industrial sector, with strong linkages to other manufacturing sub-sectors, the impact of such investment on our domestic economy is significant.”

The Department of Trade and Industry has provided a series of programs in order to assist the sector. The first of the programs—MIDP—was introduced in 1995. The program had the following key objectives:

The program is considered a great success. Under the MIDP, the sector exhibits significant growth – it almost doubled its size since 1994.

Its successor is the APDP, which was implemented on January 1, 2013. The APDP’s main goal is to simultaneously stimulate the expansion of local production up to 1, 2- million vehicles a year by 2020 and increase significantly the local content. The intention is to achieve that through investments, unlike the MIDP which relied mainly on exports. According to the National Association of Automotive Component and Allied Manufacturers (NAACAM), the program has four pillars:

The fourth pillar is not a new initiative but a revised incentive. The Automotive Investment Scheme (AIS) was first introduced in 2010/2011 and since then incentives in the public sector have amounted to R6.3 billion and supported investments worth R23 billion by original equipment manufacturers in the automotive sector.

Quality is a big factor in production, a factor such as quality can be a defining factor in the success of an industry. It is then important for the future development of South Africa’s car industry. Since around 7% of South Africa’s economic output is attributed to the automotive industry it is well known that the government and companies within South Africa have been trying to encourage greater quality and greater productivity.

The government has been using harsher controls as a way to improve quality. This seems to have worked with large improvements in quality being made with the introduction of tighter controls making the industry as a whole more investible to foreign countries.

South Africa has many ways to start improving productivity through stricter or less strict regulation or through investment in automation. Both could potentially help to increase productivity helping to improve the vital South African automotive industry.

SOUTH AFRICA: Strengthening the ties with China through wine