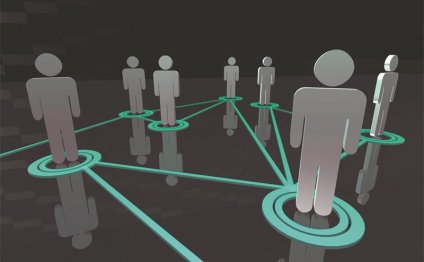 During the course of the last century, industrialisation has affected the lives of everybody living in Southern Africa shaping the society we live in today. This feature examines the process of industrialisation in South Africa.

In the late 19th Century, South Africa changed rapidly from an agricultural society, where most people lived off the land, to an industrial society. This took place largely as a result of the discovery of large diamond deposits in Kimberley in 1867 followed in 1886 by the discovery of gold on the Witwatersrand.

Southern Africa was not the first part of the world to industrialise and came quite far behind in the industrial revolution.
Over the last two hundred years, many countries underwent industrialisation. Britainwas the first of these. Unlike the experience in South Africa, industrialisation in Britain was a slow process taking place over two centuries.

Life in Britain before the Industrial Revolution

British society during the Middle Ages (1100-1500) was made up of two main divisions, the serfs and the nobles. The serfs worked on land owned by the nobles. In exchange for the use of a piece of the noble's fields and for protection in times of war, a serf had to give some of his produce or his labour to the noble. This arrangement between nobles and their serfs is called the feudal system.

A nobleman and his soldiers meeting with serfs

By 1750 Britain was no longer a feudal society. The serfs had won their freedom from the nobles. Many now had their own small farms and became known as peasants. Peasant farmers owned farm tools and animals and separate family plots. They usually managed to grow just enough food in unfenced fields to feed themselves and their families. When there was a surplus, they sold it in towns.

Other peasants worked as tenant farmers on land belonging to rich landlords. These farmers usually paid rent to landlords. Because of the size of their farms and the scale of their production they often employed farm labourers to help them. Tenant farmers were responsible for producing most of Britain's food.

In England, farm labourers formed the majority of the rural population. They depended on wages they received from working for tenant farmers but could also still use common land. This played a very important role in their lives. It provided them with plots on which to grow some food, grazing land for their animals and firewood, clay and thatch for building.

Some people took on a second job weaving woollen cloth in their homes. Most of these were the wives of farm labourers. They needed to earn extra money, to supplement their husbands wages. This became known as the cottage industry. Some people regard this as the first form of industry in Britain.

The son of a weaver remembers:

The weavers had their good times. The atmosphere was not fouled by ... the smoke of the factory. There was no bell to ring them up at four or five o'clock ... There was freedom to start and to stay away as they cared . In the evenings, while still at work at anniversary times of the Sunday schools, the young men and women would most heartily join in hymn singing, which the rhythm of the looms* would keep time. Quoted in The Making of the English Working Class
by E.P. Thompson. 1968.

In spite of taking in extra work, most people living in England at this time were poor and lived in very simple dwellings. This next source describes what cottages in the rural areas of England were like even in the 19th century:

What a mighty space lies between the palace [of the rich landowner] and the cottage in this country ... In the cottage, you will find naked walls, bare brick, stone or mud floor ... a few wooden, or rush bottomed chairs, an old oak table, a simple fire place, with its oven beside ... a few pots and pans and not much more. From The Rural Life of England by William Howitt

The city of London

The only large city in England in the 1700s was London with a population of about 500 000 people. There were luxurious houses and streets in London's fashionable West End where doctors, bankers, lawyers and merchants lived. In contrast to this the East end was home to large numbers of poor people living in poverty and filth.

Growing and processing crops such as cotton, tobacco and sugar was labour intensive. With the shortage of labour, landowners and officials of the colonies decided to resolve this by importing slaves from West Africa. Over two million people were forced from Africa to work on plantations in British America until the slave trade was abolished in 1834.

There has been much debate on why Britain was first country in the world to industrialise. Different historians have different views.