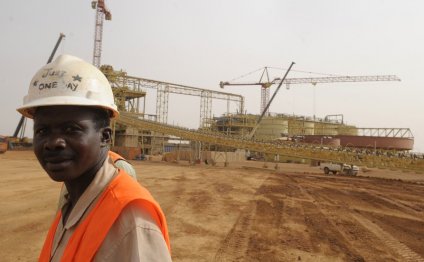 Hillary Clinton to Africa… “Get over it”.

“For goodness sakes, this is the 21st century. We've got to get over what happened 50, 100, 200 years ago and let's make money for everybody. That's the best way to try to create some new energy and some new growth in Africa.”

"I think part of what's hampered advancement in Africa is that for many years we've made excuses about corruption or poor governance, that this was somehow the consequence of neo-colonialism, or the West has been oppressive, or racism – I'm not a big – I'm not a believer in excuses.”

Hillary Clinton and Barack Obama have spoken the Washington consensus on African colonization. The London, Paris, Rome, Bonn, and the other entire colonial powers consensus is the same as well.

Not just on Africa either, but on all colonialism, including empire today; and imperialism, the stealing of other peoples lands, the genocides, wars and the ethnic cleansings, and the intentional destruction of economic progress in newly independent post-colonial countries.

The consensus is telling the rest of the impoverished world that the white man’s burden was heavy and long. Yes, they made some mistakes, but they meant well.

They just wanted to civilize the world, teach it Christianity, save souls and take native peoples under their protective wings as the children of God: “Let us subdue savage Africa by JUSTICE, by KINDNESS, by the talisman of CHRISTIAN TRUTH” [1]. And if the colonialists made a few bucks doing it the entire better.

The colonial powers are collectively saying that they deserve to carry no guilt or shame. They have no responsibility or obligation nor owe any reparations for the past. In fact, they greatly resent even being reminded of their ancestors’ trespasses and their continuing transgressions. It is time that the world forgets; get over it, stop making excuses and deny it ever happened.

The British Empire was not the first empire of extraction but it became the most influential in developing cheap manufactured mass production during the industrial revolution. Cheap mass production depended on the ability to extract even cheaper raw materials, use exploitative cheap labor to manufacture value-added finished goods for trade.

Gunboat diplomacy was used to open world markets for England’s mass production. In so doing they became the “Walmart” of their day, destroying competition from craftsmen and cottage industries with cheap goods. Craftsmen, peasants and their families unable to sustain themselves then flooded into cites looking for work in the factories for survival.

Cotton, known then as White-Gold, is a good place to start the story of colonialism and the industrial revolution. Cotton was king. It was as important in world trade in the18th and 19th century as oil is in the 20th and 21st century. Empires were built, continents colonized, wars fought, people enslaved, lands stolen, genocide committed and ethnic groups cleansed for cotton.

Today cotton is still an important export product for America, Africa and India. However, much of the manufacturing into finished cotton products is now done in China and other developing cheap-labor countries. Often the conditions of the workers in these countries is as dehumanizing to children, women and slave labor as it was during the industrial revolution in England; and later in the US.

How the fourth industrial revolution will touch Africa

During the course of the last century, industrialisation has affected the lives of everybody living in Southern Africa shaping…

Description: The Journal of African History publishes articles and book reviews ranging widely over the African past, from…