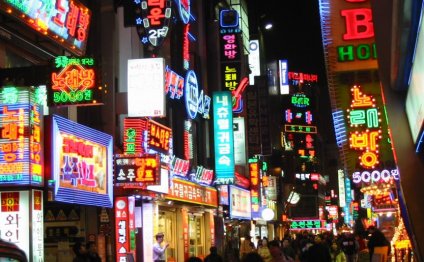 Two basic requirements for competitiveness—infrastructure (pillar 2) and health and primary education (pillar 4)—suffer from the largest competitiveness gaps with other regions (“between” regions). They are also cause of the largest divides within the region, where the differences between the best- and worst-performing economies account for more than three points on the scale of 1–7 (see Figure 12). More positively, this means that some pockets of quality exist that can measure up to other regions. The performance of a few select economies in the area of health and primary education, for instance, is encouraging, where—as previously seen—the region otherwise underperforms other comparator regions by a wide margin. These are the small open economies of Mauritius, Seychelles, and Cape Verde, which score around 6 on the scale of 1–7, as well as four out of five North African economies, which all score above 5 (see Table 3). In these countries, people can expect to live to more than 70 years and enrollment in primary education is well above 90 percent. Figure 12 and Table 3 provide additional information on the similar divergence in these countries’ performance in infrastructure.

Although Mauritius receives the region’s best assessment (42nd), followed by Seychelles (53rd), Morocco (55th), and South Africa (60th), the majority of countries in the sample score lower than 3 (out of 7). Some countries, such as Chad and Guinea, score under 2, further illustrating the immense infrastructure challenge on the continent.

The data also point to a large divide within the region in the areas of macroeconomic and financial market performance. Africa boasts some economies with efficient financial markets: most prominent is South Africa, which ranks 7th globally, followed by Kenya and Mauritius. This good performance stands, however, in stark contrast to many economies characterized by rudimentary financial markets, including two North African economies: Algeria at 137th and Libya at 144th.

The problem of inefficient financial markets is illustrated later in this chapter by the fact that the majority of business executives consider the lack of access to finance to be the most problematic factor for doing business on the continent (Figure 14). The inability to allocate savings to their most productive investments constitutes an important barrier for the region, preventing it from fully leveraging its growth potential. The divergence in terms of macroeconomic performance is largely fueled by the fact that resource-rich economies—for example, Algeria (11th), Botswana (13th), and Gabon (18th)—perform well on the related indicators. This good performance is largely attributable to the better fiscal position resulting from strong resource revenues at the time data were collected.

The decline in world oil prices of more 50 percent—from US5 a barrel in June 2014 to less than US at the time of writing—will have significant consequences for some resource-rich economies because it can expose budget weaknesses. At the same time, it offers an opportunity for energy-importing countries to remove subsidies or use political momentum to gather support for competitiveness-enhancing reforms.

The competitiveness analysis suggests that oil- and gas-exporting economies are a long way from establishing the fundamentals for a competitive economy. Because Africa’s high growth rates are to some extent rooted in oil- and gas-abundance, whether or not growth will be sustainable moving forward has been subject to much debate. On average, Africa’s oil- and gas-rich economies perform as poorly as fragile economies do in eight out of the twelve competitiveness pillars. In particular, these economies are characterized by weak institutions, poor quality or absent infrastructure, a volatile macroeconomic environment, a low level of human capital, and poorly functioning factors and goods markets. Although the poor quality of institutions is somewhat expected in fragile economies, the fact that institutions are weak reveals important insights into the functioning of oil-exporting economies. Although Gabon fares comparatively well in the quality of institutions (79th), its peers mostly populate the lower end of the rankings in this pillar: Chad at 140th, Libya at 142nd, and Angola at 143rd have rankings similar to those of the fragile economies of Burundi (132nd), Guinea (134th), and Mauritania (138th) (see Appendix C). This poor performance raises doubts about their efficient management of resource revenues and their ability to re-allocate revenue proceeds elsewhere in the economy to lay the foundations for more diversified growth while avoiding boom-bust cycles that could jeopardize macroeconomic stability.

NAMIBIA has the best Infrastructure in Africa to serve a ...