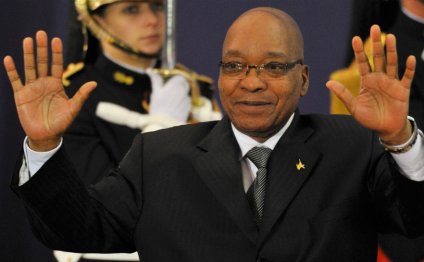 Give them a better chance

AFRICA'S biggest economy is being held back by one of the world's lowest labour-participation rates and one of its highest unemployment rates. Barely 40% of South Africa's working-age population have jobs, compared with around 60-75% in other middle-income emerging markets, according to a report out this week by the OECD. One in three South Africans in the labour force, including half of young black people aged 15-24, is unemployed. This, more than anything, most constrains South Africa's economic growth, says the Paris-based outfit.

To create jobs for so many people would require “many years of 6% or even 7% growth”, says Ángel Gurriá, the OECD's secretary-general. Pravin Gordhan, South Africa's finance minister, puts the bar even higher, saying that average growth of 7% would be needed for 20 years “to make a significant impact”. In the past four decades South Africa has never achieved such speedy growth. Its best performance was in 2004-07, when GDP rose by an average of 5% a year.

Long regarded as a rich-countries' club, the OECD has recently been helping middle-income developing countries share and compare best economic practice. Mexico, Chile, the Czech Republic and Slovenia are already among its 32 members. Estonia, Israel and Russia are expected to join soon, whereas Brazil, China, India, Indonesia and South Africa have been granted “enhanced engagement” status while they decide whether they want to apply for membership. This is the OECD's first “economic survey” of South Africa.

Although largely complimentary about the country's prudent macroeconomic policies since the ruling African National Congress came to power in 1994, the report says a lot more could be done on the microeconomic front to raise growth potential and enable living standards to catch up with those in OECD countries. Despite abundant physical and human resources, South Africa is one of the rare emerging markets to have failed to converge towards the club's average GDP per person over the past 16 years, the OECD notes.

In its 2006 development strategy, the government set a target of 4.5% growth a year up to 2009, rising to 6% over the next five years, with the aim of cutting poverty and unemployment by half by 2014. The global slump has made those targets unrealistic. But South Africa's economy was already slowing down before the crisis hit, the report says, falling from a peak of 5.5% in 2007 to 3.7% in 2008. Although South Africa proved more resilient than most OECD countries, output shrank by 1.8% last year, the country's first recession in 17 years.

The OECD expects a return to growth of 3.3% this year, accelerating to 5% next year. That is higher than most other forecasts and well above the government's own estimates of 2.3% this year and 3.2% next, but still too slow to reduce poverty and unemployment at anywhere near the government's proposed rates. Over 1m formal jobs were lost in the five quarters up to March this year. Officially, unemployment is 25%, but it tops 35% if you count those too discouraged to go on looking for a job. And, unlike most of the world's poor countries, South Africa, with its widespread welfare system, does not have a thriving informal economy where the jobless can take refuge. According to OECD estimates, only 15% of South African jobs are in the shadow economy, compared with around half in Brazil and India and nearly three-quarters in Indonesia.

Among other recommendations, the OECD says that South Africa's government should encourage more saving and investment; a liberalisation of product-market regulation; easier access to credit for small businesses; greater co-ordination in wage bargaining; and a raft of measures to tackle the wretched level of youth unemployment. This could include wage subsidies for people being trained, a minimum wage differentiated by age, and extended periods of probation for young workers. The government would find it easier to do such things were it not for the power of South Africa's trade unions, which tend to look after their own employed members at the expense of the millions who cannot find jobs at all.

West Africa And It Systems Of Growth - Amen Ra Squad

Area: 471, 008 sq km Overview on the country s economy: - South Africa has a mixed economy with high rate of poverty and…