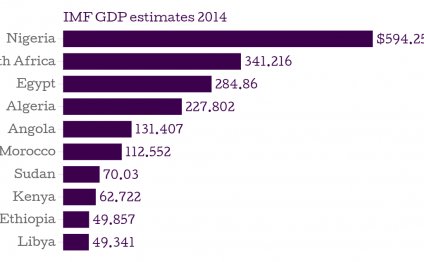 Kenya’s economic growth could be the highest in sub Saharan Africa over the next 15 years according to a new World Bank report.

The Bank’s half yearly Pulse report on the African economy said that Kenya’s growth should remain “robust” at around 6.2 per cent until 2030, well above that of many other African economies who will suffer from China’s economic slowdown and restructuring away from foreign investment and towards domestic consumption.

In the shorter term, neighbours Tanzania and Rwanda are set to see even higher growth at over seven per cent of GDP along with Cote d’Ivoire, Ethiopia and Mozambique over the next three years, spurred by investments in energy and transport, consumer spending and investment in the natural resources sector.

But there remains dark clouds on the horizon including widening public sector deficits, growing debt levels and the continuing decline in commodity prices, particularly coffee which has seen a 25 per cent fall over the past year.

Kenya’s public debt remains around 40 per cent of GDP and it has a current account deficit of around 10 percent of GDP.

Overall, however, Pulse predicts that most sub-Saharan Africa countries will grow at a slower pace, “due to a more challenging economic environment.”

Sharp drops in the price of oil and other commodities have brought on the recent weakness in growth.

Africa’s Pulse found that progress in reducing income poverty in Sub-Saharan Africa has been occurring faster than previously thought.

At the same time, Africa’s population saw progress in all dimensions of well-being, particularly in health (maternal mortality, under-5 mortality) and primary school enrolment, where the gender gap shrank.

However it warned that African countries “continue to face a stubbornly high birth rate, which has limited the impact of the past two decades of sustained economic growth on reducing the overall number of poor.”

Countries still lag behind those in other regions in making progress on the Millennium Development Goals (MDG). For example, Africa will not meet the MDG of halving the share of population living in poverty between 1990 and 2015, the Bank says.

The right kind of interventionism by C.W. | LONDON SUB-SAHARAN Africa (SSA) can be a great place to do business. Mauritius…