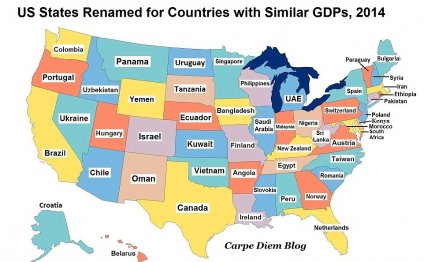 Our main focus is on the East African Community countries - Burundi, Kenya, Rwanda, Tanzania and Uganda. We also provide AGOA-related support in Ethiopia, Madagascar, Mauritius and the Seychelles.

Kenya is the ninth largest African country with a GDP of $55.2 billion. A World Bank Group analysis attributes Kenya’s growth to aggregate demand fueled by strong consumption and investment.

Tanzania is the second largest economy in the East African Community and the twelfth largest in Africa with a Gross Domestic Product (GDP) of $33.23 billion.

Tanzania is ranked 145th out of 189 economies in the World Bank’s Doing Business 2014. Positive reforms implemented in 2014 made it easier to resolve insolvency. Tanzania improved its credit information system through new regulations that provide for the licensing of credit reference bureaus and outlines the functions of the credit reference data bank.

Uganda is the world's second most populous landlocked country after Ethiopia. Uganda's economy generates income from annual exports that include coffee ($466.6 million), tea ($72.1 million), fish ($136.2 million), and other products. The country has substantial natural resources, including fertile soils, regular rainfall, and sizeable mineral deposits of copper and cobalt. Uganda is ranked 132nd out of 189 economies in World Bank’s Doing Business 2014 report. In 2014, Uganda made transferring property easier by digitizing records at the title registry, increasing efficiency at the assessor’s office and making it possible for more banks to accept the stamp duty payment.

Rwanda’s long-term development goals are embedded in its Vision 2020. Vision 2020 seeks to transform Rwanda from a low-income agriculture-based economy to a knowledge-based, service-oriented economy with a middle-income status by 2020.

World Bank’s Doing Business 2014 report cited Rwanda as a “top performer, ” one of the most improved economies in 2013. The landlocked country is currently ranked the second easiest place to do business in sub-Saharan Africa. Yet, despite its business friendly reputation, Rwanda lags behind in foreign direct investment compared to some of its East African neighbors. In 2013 Rwanda’s GDP growth slowed to 5% compared to previous years where the growth had been around 8%.

Burundi's largest industry is agriculture, which accounted for just over 30% of the GDP.[11] Subsistence agriculture accounts for 90% of agriculture. The nation's largest source of revenue is coffee, which makes up 93% of Burundi's exports. Other agricultural products include cotton, tea, maize, sorghum, sweet potatoes, bananas, manioc (tapioca); beef, milk, and hides.

Other countries we are supporting particularly with AGOA:

Ethiopia: According to the IMF, Ethiopia was one of the fastest growing economies in the world, registering over 10% economic growth from 2004 through 2009. It was the fastest-growing non-oil-dependent African economy in the years 2007 and 2008. Growth has decelerated moderately in 2012 to 7% and is projected to be 6.5% in the future – reflecting weaker external demand and an increasingly constrained environment for private sector activity.

Madagascar's GDP in 2009 was estimated at 8.6 billion USD, with a per capita GDP of $438. Approximately 69 percent of the population lives below the national poverty line threshold of one dollar per day. The agriculture sector constituted 29 percent of Malagasy GDP in 2011, while manufacturing formed 15 percent of GDP. Madagascar's sources of growth are tourism, agriculture and the extractive industries.

Mauritius: Since independence in 1968, Mauritius has developed from a low-income, agriculture-based economy to a middle-income diversified economy. Mauritius is ranked high in terms of economic competitiveness, a friendly investment climate, good governance and a free economy. The Gross Domestic Product (PPP) estimate was at $22.025 billion and GDP (PPP) per capita income over $16, 820 in 2014, one of the highest in Africa.

Seychelles: The government has a pervasive presence in economic activity, with public enterprises active in petroleum product distribution, banking, imports of basic products, telecommunications and a wide range of other businesses. According to the 2013 Index of Economic Freedom, which measures the degree of limited government, market openness, regulatory efficiency, rule of law, and other factors, economic freedom has been increasing each year since 2010.

Country with highest GDP per capita (by region)

Africa, as a continent, comprises a huge 54 sovereign states. According to the IMF, Africa is the poorest continent in the…