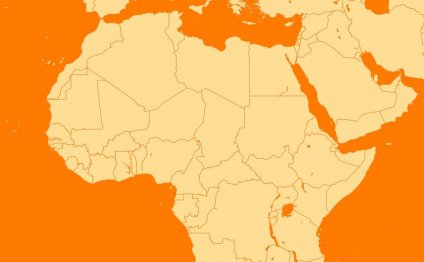 Africa, as a continent, comprises a huge 54 sovereign states. According to the IMF, Africa is the poorest continent in the world – despite containing a fifth of the total population of our little planet. Despite this, as a continent, Africa’s economy has grown over the last few years. While the rest of the world went through an economic crisis, Africa was something of a “little engine that could”, quietly chugging along at a respectable pace and increasing its total GDP (Gross Domestic Product) annually since the recession hit six years ago. Indeed, the economy of Africa grew by 5% in 2012 while the rest of the world was in the grips of economic recovery.

The secret to Africa’s recent comparative success seems to be its vast amount of natural resources. Everything from cotton to gold to diamonds can be found around the continent. Why has Africa been the poorest continent throughout the years, then? Well, there are countless reports, theories and debates on this topic: Some blame the IMF’s influence and the countries’ crippling debts; others blame large companies for stripping African countries of their natural resources for astonishing profits.

The plight of Africa has been captured in many articles, reports and documentaries but the simple fact is that the majority of Western scholars would struggle to name the top five wealthiest African countries – so focused are we on the poverty. On that note, and in an attempt to focus on the positive, here are the top ten richest countries in Africa. This list uses the GDP at Purchasing Power Parity, as per the CIA World Factbook in 2012, to rank these African countries by wealth.

Libya has dominated our headlines worldwide for the past few years, with their civil war and its aftermath, which has resulted in ongoing violence. What is perhaps less reported in the mainstream media is the booming Libyan economy. Libya’s main economic saviour is a little thing called oil: While the revolution massively impacted on the country’s oil production, 2012 saw Libyans return to their pre-violence levels – an unbelievable 1.6 million barrels of oil per day! This was a significant year for the Libyan economy. Though the political instability remained, 2012 saw Libya increase their gross domestic product by an astonishing 122%.

According to the IMF, Libya’s GDP took an almost 60% plunge into negative figures in 2011, before the 2012 rebound. Oil accounts for 80% of the country’s GDP and 97% of all exports, so it’s a hugely important aspect of this country’s economy. We can’t help but wonder; if it were not for the current political instability, how much further up our list would this country be?

Ghana might be bringing up the rear of our list but not for long! It’s among the top ten fastest growing economies in the world and tops the African list of fastest-growing economies. Ghana has been a leader of the pack for quite some time now, being West Africa’s first country to gain independence from the colonialism that had virtually taken over Africa back in 1957. The country had a year of celebrations in 2007 to celebrate the Gold Anniversary (pun intended, as you will see later in the article) of their independence.

The main source of Ghana’s economic prosperity is their natural resources: Ghana is Africa’s second-largest producer of gold and also the world’s second-largest producer of cocoa. Who couldn’t love a country that produces gold and chocolate? As is widely known, the value of gold is one of the few things that has steadily risen throughout the global downturn; there seems to be a “Cash for Gold” stand on nearly every street corner these days.

As this is one of Ghana’s most prosperous industries, it has undoubtedly contributed to the economic growth the West African nation has enjoyed.

There is currently a “Ghana 2020” visionary programme in place, which aims to see Ghana gain developed status by the year 2020.

Tunisia is one of the more interesting examples on the list. For years, there was heavy state involvement in all aspects of Tunisian life, including the economy. Now, though, Tunisia is going through an economic reform and a liberalization of the state. Tunisia has a wide spectrum of industries that make up its economic landscape and unlike many of its counterparts in Africa, there’s no one clearly dominating industry. Manufacturing, public administration, agriculture, trade and hotels are some of the biggest Tunisian money makers.

Tunisia has experienced a rise in tourism in the past few years, owing to its convenient placement on the Mediterranean coast. Europeans have long been flocking to Mediterranean sun resorts in Spain, France and Italy but during the boom years, Tunisia (and particularly Morocco) became more popular. The appeal, no doubt, is due to the fact that there’s a differing culture from mainland Europe to experience, with that reassuring element of familiarity in proximity.

Our main focus is on the East African Community countries - Burundi, Kenya, Rwanda, Tanzania and Uganda. We also provide…