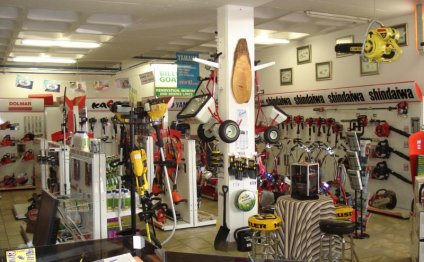 Johannesburg - Been ripped off by an unscrupulous motor dealer or supplier? Good news is at hand.

The Motor Industry Ombudsman of South Africa (MIOSA), which has been resolving disputes between motorists and automotive companies for the last 14 years, has been given more teeth.

From January 17, all automotive companies will be obliged to adhere to a new Motor Industry Code of Conduct instead of voluntarily complying with MIOSA judgements as has been the case until now.

The MIOSA has been in operation since 2000 as an independent body for the resolution of disputes when suppliers and consumers can’t resolve complaints. However, industry membership of the MIOSA wasn’t compulsory and consumers who experienced poor service from non-members had no recourse to the Ombudsman to settle a dispute.

The new Code applies to the entire automotive industry and has been published as a regulation which will form part of the Consumer Protection Act that came into effect in April 2011.

If suppliers fail to comply with the Code the MIOSA can refer complaints to the National Consumer Commission or the National Consumer Tribunal, whose rulings have the same status as those made by the High Court of South Africa. This could have major financial implications for delinquent businesses. The MIOSA also has the right to publicly name and shame businesses that don’t comply with the CPA and the Code.

“This is an important development for consumers who have been battling to resolve complaints regarding vehicles for many years, ” says Motor Industry Ombudsman Johan van Vreden.

It was important for the motor industry to get its own Code under the CPA, he says, as it not only gives consumers recourse but also protects dealers from trivial complaints.

“Under the CPA you have the right to demand a refund if your purchase proves to be defective in some way within six months - as long as you haven’t altered the product yourself. But with vehicles this isn’t as straightforward as it seems, as cars are made up of many parts. If an alternator fails in your new car for instance, it makes more sense to replace the alternator instead of the whole car.”

Examples of how consumers are protected is that product bundling is banned, so you won’t be forced to buy unwanted accessories just because a dealer wants to get rid of slow-moving stock. This is unless a motor company can show that the convenience to the consumer outweighs the bundling or there is an economic benefit to the consumer, such as with the service or maintenance plans that are built into the price of many vehicles today.

Buyer-seller contracts have to be in plain and understandable language, without all the Latin and legal-speak.

The fact that grey or parallel imports aren’t supported by the official importer/distributor must now be clearly communicated by signage on the shop floor. It’s much like putting a “smoking is hazardous” sticker on a cigarette pack.

Manufacturers are now forced to notify customers of a recall.

The wide-reaching Motor Industry Code of Conduct covers all automotive businesses including:

l Anyone rendering a related repair or replacement service on vehicles to consumers;

l Anyone who modifies converts or adapts vehicles.

A copy of the Code as well as the MIOSA’s contact details are available on the MIOSA website.

Mining Mining is arguably South Africa’s most recognizable industry, although it is less than a third of the size of the…

It’s a well-known fact that the South African music industry has grown significantly over the last few years. More local…