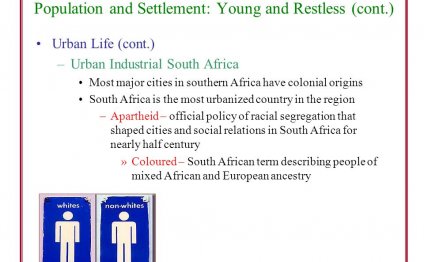 Nelson Mandela was one of Reason's "35 Heroes of Freedom" back in 2003. Among other things, we cited his "remarkable forbearance and amity in overseeing South Africa's post-apartheid transition, creating a model for how the world might finally push past centuries-old racial strife."

With the death Mandela - whose signal role in the battle against apartheid is only outmatched by his role in promoting peaceful transition to a post-racist regime - it's worth reflecting on the various things that helped end authoritarian rule in South Africa. Nothing, of course, was more important than the struggles fought by the people in that country.

I went to college in the 1980s, when the "disinvestment" movement was huge. The idea was that moral people should get rid of any investments or economic ties to companies either in South Africa or otherwise benefiting off the apartheid system. Disinvestment - especially by large, instutitional investers such as pension funds and universities - would send a clear message to South African leaders that they would suffer sanctions for oppressing people the way they did.

On campus, the disinvestment movement was largely a function of the left, which meant that demonstrations and teach-ins often included larger discussions of America's other actions against despotic regimes. I remember getting into arguments with people asking why was disinvestment morally right against South Africa but boycotting trade with Cuba was repugnant? Disinvestment proponents would explain that the Cuba embargo hurt poor people in Castro's autocracy; it didn't hurt the ruling class, which actually used the action to consolidate power and legitimate crackdowns. To which I would respond: Exactly. The fact is that by most empirical accounts, U.S. economic sanctions against South Africa might have felt good but they weren't particularly effective in destabilizing the racist regime there.

Eventually, the Reagan administration levied economic sanctions against South Africa in September 1985 (with Congress following suit a year later). The result was nothing-at best. In the wake of sanctions, the South African stock market soared as local investors picked up "fire sale" bargains. The pro-apartheid National Party gained political momentum it had lost years before, largely due to the intense "rally 'round the flag" boost that all sanctioned pariah governments-from South Africa to Iraq-tend to enjoy.

Reform in South Africa had to wait out a sanctions-era political retrenchment, including the imposition of martial law in 1985 and a 1987 increase in electoral power for the National Party. Liberalization was ultimately ushered in not by sanctions but by the collapse of communism, which eliminated the possibility of a radical left in South Africa.

More here. Hazlett notes elsewhere that sanctions failed to "lower South African trade flows from their previous levels, but GNP growth actually accelerated after the European Community and the United States imposed sanctions (in September and October 1986, respectively). Perversely, South African businesses reaped at least $5 billion to $10 billion in windfalls as Western firms disinvested at fire sale prices between 1984 and 1989." That's worth noting every time that sanctions are brought up as a way of undermining a regime or policy that somebody doesn't like. They rarely work as intended, if they even work at all.

As a number of observers have noted (including Reason's ), there's a real problem with viewing everything in the world through an American lens, especially when it comes to the Cold War era, when just about everything from chess matches to trade laws were deemed to be part of the twilight struggle between the Commies and the Free World.

However, it is accurate to note that Cold War politics infused domestic South African politics, as Hazlett suggests above. Whites who wanted to end apartheid balanced that against the likelihood that South Africa would become a Soviet satellite under the rule of Mandela's African National Congress (ANC), which had major ties with Soviet and other communists. The 1989 collapse of the Berlin Wall showed that Soviet style communism was in fact in its last days (the USSR would dissolve two years later), and that drag against reform disappeared.

It's negative effect on South Africa is one more way the US-Soviet relations affected other countries, typically in a negative way. As Hazlett explains in a different piece, this one for EconLib, Cold War alliances also allowed for the apartheid regime to be misunderstood as capitalistic and free-market-oriented when it was in fact nothing of the sort:

The conventional view is that apartheid was devised by affluent whites to suppress poor blacks. In fact, the system sprang from class warfare and was largely the creation of white workers struggling against both the black majority and white capitalists. Apartheid was born in the political victory of radical white trade unions over both of their rivals. In short, this cruelly oppressive economic system was socialism with a racist face.

Apartheid as a system did not spring fully formed from the brow of racist Dutch and English descended colonists. Rather its final stages only appeared gradually and over time, as changes in technology and economic status of marginalized groups kept disrupting the status quo. Hazlett notes:

Postwar economic growth in South Africa so deeply integrated the nonwhite population within the “white” society that the very idea of “separate development” became ridiculous as a practical proposition, quite apart from its odious moral implications. Without skilled black labor, white living standards would fall precipitously. The inevitable economic synergy between the races drew people physically and socially closer together. Whereas the median white voter of the 1920s insecurely viewed black workers as substitutes, the majority of whites in the 1980s saw racial cooperation as increasingly beneficial. At the same time, the dramatic growth of an educated, urban African population, including a sizable black middle class, served to enormously raise the cost of enforcing apartheid. Indeed, the old African tribal system, which was cynically manipulated by apartheid policymakers under the notorious homelands policy, was eclipsed by the rise of urban townships closely tied to industrial job centers.

Between 1970 and 1980, he writes, the white share of GDP fell from 70 percent to 60 percent, both showing the power of market forces to disrupt the status quo and inspiring a backlash by the power elite.

South Africa was revolutionised in the 1800s by the discovery of gold and diamonds. The country’s rich natural resources…

The International Monetary Fund cut its economic growth forecast for South Africa by almost half to 0.7% on Tuesday, citing…