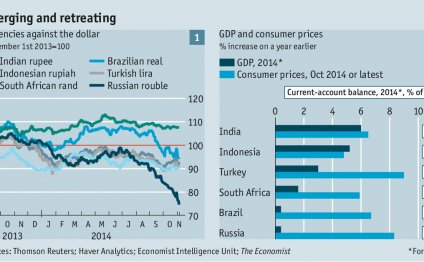 With economic growth forecast to be on the north side of 5% for the next several years, the continent has increasingly piqued investor interest—including that of Mobius, who set up the Templeton Africa Fund in 2012. The fund now manages about $150 million.

“With this tremendous potential growth becoming increasingly available to investors, we believe that Africa could be the emerging-market story of the next decade, ” he said in an email interview with MarketWatch.

Mobius has spent more than 40 years focusing on emerging markets—an interest that goes back to his years at MIT, where he studied development economics. In the late 1980s, he joined Franklin Templeton and set up the company’s first emerging-markets funds, in the same year that the MSCI developed its first emerging-markets indexes.

More than 25 years later, he hasn’t lost faith in the traditional countries in this group, including countries like Brazil, Russia and China, but he is increasingly keen on frontier markets, including Africa—a new group of developing economies that have yet to take the economic and technological leap forward.

Top holdings of Mobius’s fund include Nigeria’s Guaranty Trust Bank and Zenith Bank, Nigerian Breweries and South African telecom firm MTN Group. In the lightly edited transcript below, he explained why and how he’s investing in Africa.

MarketWatch: What will drive the growth in the region?

Mobius: Africa is well known for its wealth of natural resources. These riches have attracted global investors, most notably from emerging-market countries such as China, India and Brazil. Many of these investors have been seeking raw materials for their own economic development and markets for their industries. Rising incomes and middle-class expansion in many countries are also driving growth, and have resulted in increasing demand for consumer products.

MarketWatch: Which sectors are most interesting?

Mobius: Natural resources and mining are very important in Africa, and of interest to us as investors, but the economic growth drivers in Africa are as diverse as information technology, solar electricity, beer and cut flowers. We are also interested in industries and sectors tied to the rising power of the consumer. There is a need for banking services (particularly mobile banking) and penetration of telecommunications in many African countries is very low. Food and beverage companies have also piqued our interest.

MarketWatch: Where are the best investment opportunities?

Mobius: We find investment opportunities in every sector. Probably the most interesting opportunities are in the area related to consumer spending. Per capita spending is increasing as per capita income rises.

MarketWatch: How does the growth/investing outlook for African markets compare to the outlook for the broader emerging markets?

Mobius: Africa appears to hold a lot of potential for growth and we believe many countries there could remain global growth leaders in the coming years. The IMF has projected that during the next five years, 10 of the 20 fastest-growing economies will be in sub-Saharan Africa, and two will be in North Africa.

MarketWatch: Does Africa still look cheap? Or is it too late to invest there?

Mobius: There are many attractive opportunities and a number of companies that are good value.

MarketWatch: How long should investors be prepared to hold their African investments for?

Mobius: Long-term stories can become very short-term in Africa because of the generally faster growth and dramatic changes taking place. Nevertheless, in many cases, we need to be patient and allow the long-term story to unfold.

MarketWatch: What are the risks related to investing in Africa?

Mobius: Many believe that low liquidity and small individual market size are factors and that has discouraged some investors. Certainly these factors mean that patience is required to build some portfolio positions. However, there are some markets that are quite liquid and of course the liquidity of the markets is increasing.

Secondly, we know there is corruption all around the world, but it is certainly salient in Africa. When we visit a company there, we can’t assume that the tax rate we see on paper is the actual tax rate that the company has to pay; there may be other costs hidden under the table. The good news I have found is that many government leaders are increasingly willing to talk about the problem openly, and seem to be working to find ways to stamp it out.

MarketWatch: What’s your latest investment in Africa and why?

Mobius: We have invested in a number of African banks for the reason that they reflect the good growth of African countries.

Emerging Ethiopia: The Rise of an African Tiger Economy

Emerging initiatives in an African Bioeconomy