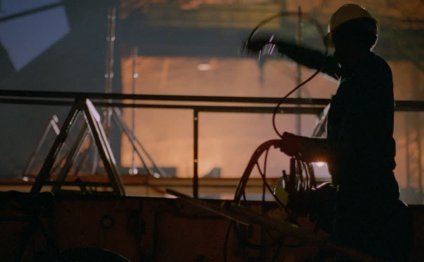 The first job losses in the steel industry will come in two waves. The first wave is here, and crisis talks continue between labour, business and government. At least 10 000 people will lose their jobs in the next six months, but 190 000 workers are at risk.

The second wave will come in the next month or so.

The steel industry is near collapse, thanks to a vortex of economic crises, including little protection for the local industry and dumping from China, as well as a slowdown in demand, both domestically and internationally.

Two weeks ago, unions, faced with an onslaught of notices to retrench from steel companies, formed a task team with business to try to save the industry. They met government last week, and a range of interventions was agreed to.

In the short term, all unions can do is try to minimise the damage. That there will be damage is now inevitable.

Many Evraz Highveld Steel workers are currently voting on whether they want to take up a training layoff levy scheme option or retrenchment packages.

ArcelorMittal South Africa temporarily retracted its retrenchment notices to see whether there is an improvement in the next six weeks. More companies are in business rescue.

Steve Nhlapo, head of collective bargaining at the National Union of Metalworkers of South Africa, says that, even after the task team meeting, employers have said it is too late to stop the retrenchments.

“They don’t foresee any changes in the next six months, ” he says.

Retrenchments at that plant were not on the table, yet.

Marius Croucamp, metal and engineering head at union Solidarity, says it is hard to promise workers anything.

“Certainly, they would welcome the outcome of the task team but their reality is the retrenchments that are on the go, ” he says.

The task team’s meeting is really about macro-factors, he adds. And, even to that end, government hasn’t really committed to introducing 10% import tariffs.

“They said, if you want tariffs, put in your applications and we’ll see what we can do, ” Croucamp said. “But they said they won’t fast-track the process because they’ll open up themselves to potential litigation.”

Croucamp says the fact that employers agreed to an end to parity pricing shows “they are desperate”.

Solidarity says it is dealing with retrenchment processes that are already in motion at 26 companies, related to the primary steel industry.

But lurking in the background are 75 companies where workers are working less time or shorter workweeks as demand grows ever slower. Five companies have already started laying off workers who are only called in to work when orders arrive.

The second round of retrenchments will probably start in September. “These are not just companies who want to lower their head counts. This is the closure of entire plants, ” Croucamp said.

Jan Theron, co-ordinator of the labour and enterprise policy research group at the University of Cape Town, says retrenchments are always the most difficult thing to stop.

He says the collapse of the steel industry will also mean the end of government’s industrialisation programme.

Since 1994, over US$1-billion has been spent on upgrading and modernising South Africa s textile, clothing and footwear industry…