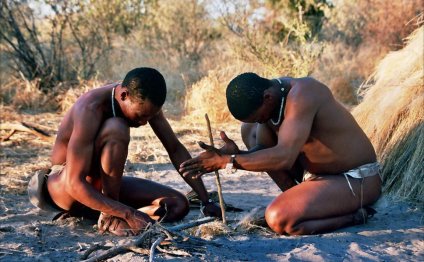 When did South Africa became a country

Afrikaans Suid-Afrika, officially Republic of South Africa, republic (2005 est. pop. 44, 344, 000), 471, 442 sq mi (1, 221, 037 sq km), S Africa. It borders on the Atlantic Ocean in the west, on Namibia in the northwest, on Botswana and Zimbabwe in the north, on Mozambique and Swaziland in the northeast, and on the Indian Ocean in the east and south. Lesotho is an independent enclave in the east. The largest city is Johannesburg. Cape Town is the legislative capital, Pretoria the administrative capital, and Bloemfontein the judicial capital.

South Africa has three main geographic regions: a great interior plateau; an escarpment of mountain ranges that rims the plateau on the east, south, and west; and a marginal area lying between the escarpment and the sea. Most of the plateau consists of highveld, rolling grassland situated at 4, 000 to 6, 000 ft (1, 220–1, 830 m). In addition, in the northeast are the Witwatersrand (a ridge of rock where gold has been mined since 1886), the Bushveld Basin (a zone of savanna situated at 2, 000–3, 000 ft/610–910 m), and the Limpopo River basin.

In the north are the southern fringes of the Kalahari desert; and in the west is the semiarid Cape middleveld, which includes part of the Orange River and is situated at 2, 500 to 4, 000 ft (760–1, 220 m). The escarpment reaches its greatest heights (10, 000–11, 000 ft/3, 050–3, 350 m) in the Drakensberg Mts. in the east. The marginal area varies in width between 35 and 150 mi (60–240 km) and most of it is bordered by a narrow, low-lying coastal strip. The region also includes considerable stretches of grassland in the east; mountains and the semiarid Great and Little Karroo tablelands in the south; and desert (a southern extension of the Namib desert) in the west. Kruger National Park is in NE South Africa.

South Africa is divided into nine provinces—Western Cape, Eastern Cape, Northern Cape, North West, Free State, KwaZulu-Natal, Gauteng, Limpopo, and Mpumalanga. Before 1994, there were four provinces: Cape Province, Natal, Orange Free State, and Transvaal. In addition, during apartheid rule about 14% of the country's land area was set aside for blacks in pseudoindependent territories (originally called Bantustans), allegedly to allow them self-government and cultural preservation. In fact, these homelands were used to give the white government greater control and to exclude blacks from the political process. Gazankulu, Kangwane, KwaNdebele, KwaZulu, Lebowa, and QwaQwa were Bantu national homelands that existed under South African sovereignty. Transkei, the first homeland (1963), Bophuthatswana, Ciskei, and Venda were all granted independence by the early 1980s and existed as nominal republics, although none were recognized internationally. With the end of white minority rule in 1994, the black homelands were abolished.

The population of South Africa is 75% black (African) and 13% white (European), with about 9% people of mixed white, Malay, and black descent (formerly called Coloured), and 3% of Asian (mostly Indian) background. Although these ethnic divisions were rigidly enforced under the policy of apartheid [Afrikaans, =apartness], racial distinctions are often arbitrary. People of African descent fall into several groups, based on their first language.

South Africa has 11 official languages, nine of which are indigenous—Zulu, Xhosa, Tswana, Sotho, Swazi, Venda, Ndebele, Pedi, and Tsonga. Many blacks also speak Afrikaans (the first language of about 60% of the whites and the majority of those of mixed race) or English (the first language of most of the rest of the nonblacks). A lingua franca called Fanagalo developed in the mining areas, but it is not widely used today. About 68% of the population is Christian; major groups include the Dutch Reformed, Anglican, Methodist, Roman Catholic, and Zionist churches. Over 28% of the population follows traditional African religions, and there are small minorities of Muslims, Hindus, and Jews.

Until about 1870 the economy of the region was almost entirely based on agriculture. With the discovery of diamonds and gold in the late 19th cent., mining became the foundation for rapid economic development. In the 20th cent. the country's economy was diversified, so that by 1945 manufacturing was the leading contributor to the gross national product (GNP). By the 1990s, services contributed almost 60% of the GNP, while industry contributed over 35% and agriculture only about 5%. The economy is largely controlled by whites, but nonwhites make up more than 75% of the workforce. Working conditions and pay are often poor, and many nonwhites work as subsistence farmers.

South Africa has a limited amount of arable land (about 10%) and inadequate irrigation; production is diminished during periodic droughts. The chief crops grown are corn, wheat, sorghum, potatoes, peanuts, citrus fruits, cotton, tobacco, and sugarcane. In addition, large numbers of dairy and beef cattle, sheep, goats (including many Angora goats), and hogs are raised. There is a large fishing industry and much fish meal is produced.

The country has good road and rail networks. The chief seaports are Durban, Cape Town, Port Elizabeth, East London, Saldonha Bay, and Mossel Bay, where natural gas is now extracted offshore. The Orange River Project, a major hydroelectric and irrigation scheme, began in 1963 in central South Africa and was fully operational by the mid-1980s.

How the Oscar Pistorius trial became a mirror on South ...

One year after freedom elections, the South African Government allowed 175 Nigerians into the Hillbrow in order to assure…