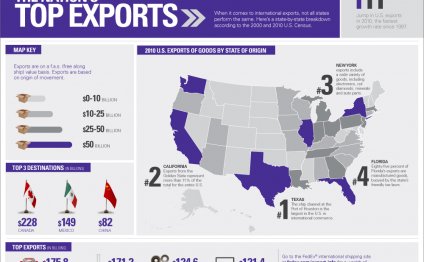 Weak U.S. exports have been a drag on the economy.

WASHINGTON (MarketWatch) — U.S. exports fell in January for the fourth month in a row and hit the lowest level since mid-2011, acting as a weight on the economy that’s unlikely to fade soon.

The latest drop in exports contributed to a 2.2% increase in the nation’s trade deficit. The U.S. trade gap rose to a seasonally adjusted $45.7 billion in January from a revised $44.7 billion a month earlier, the government said Friday.

U.S. exports slid 2.1% to $176.5 billion. Exports have tumbled over the past year, which has helped depress U.S. growth. American firms can’t sell as many goods and services overseas because of a stronger dollar and weak global economy.

The value of petroleum imports sank to the lowest level since 2003, a result of the huge drop in the price of oil over the past year and a half.

Yet imports of autos and auto parts set a record, reflecting soaring sales of new cars and trucks in the U.S.

China exports pollution to western US